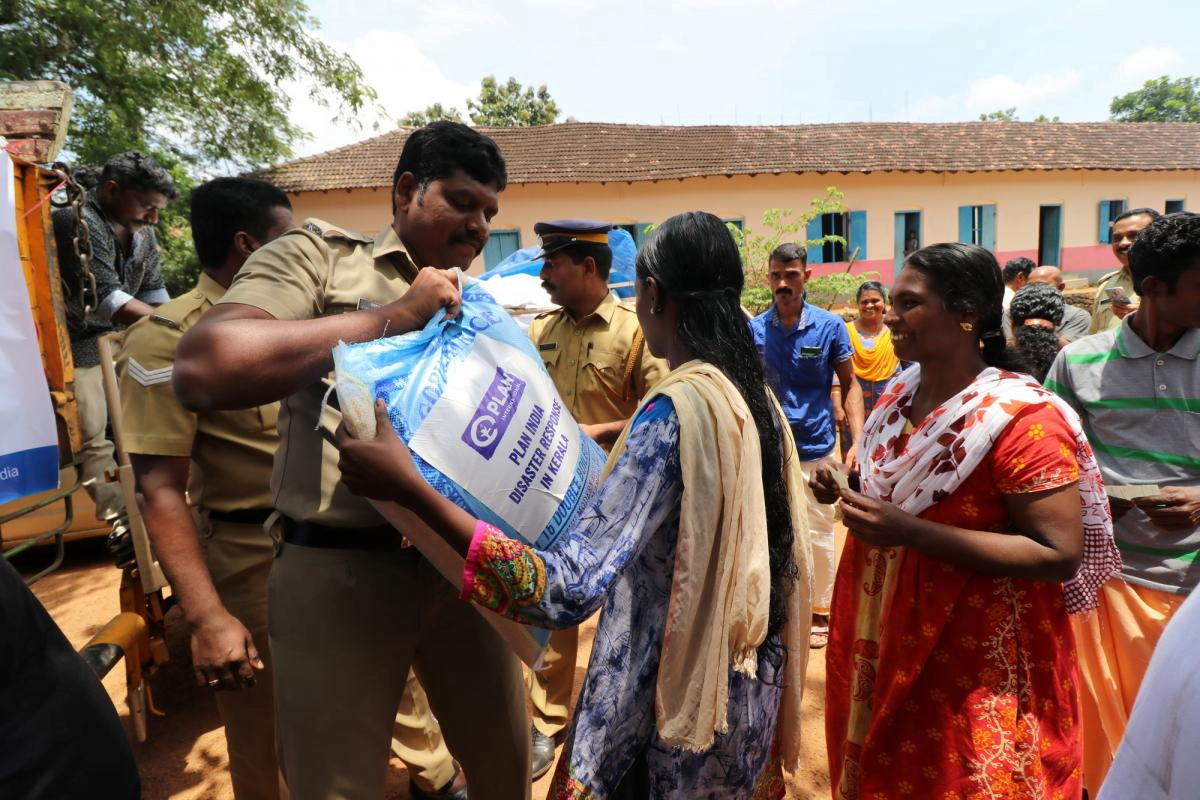 Thousands of people whose lives have been devastated by flooding in the Indian state of Kerala will be given urgently needed humanitarian assistance, thanks in part to a grant from the Twickenham Masonic community.

The floods, caused by the worst monsoon in a century, have affected 5.5 million people, including 361 who have lost their lives. Nearly three quarters of a million people have been displaced and around 20,000 homes have been damaged or destroyed.

Half of the £20,000 will go to Plan International UK, which will be using the money to provide food rations for displaced families, while the rest will be distributed to flood victims directly by Freemasons from the District Grand Lodge of Madras.

The grant comes through the Masonic Charitable Foundation, which is funded by Freemasons, their families and friends, from across England and Wales.

Tanya Barron, Chief Executive of Plan International UK, said: “We are very grateful to the Freemasons for their generous grant. Many of those who have been displaced will be returning to homes which have been devastated by the flooding – this grant will help provide vital support and help them to begin rebuilding their lives”

David Innes, Chief Executive of the Masonic Charitable Foundation said: “Sadly, hundreds of people have died and many thousands have been displaced by these terrible floods. I’m very pleased that Freemasonry, through the Masonic Charitable Foundation, is able to move so quickly to provide this essential funding for Plan International UK and to Freemasons in Kerala, thereby enabling both organizations to provide rapid support to those worst affected by this disaster.”