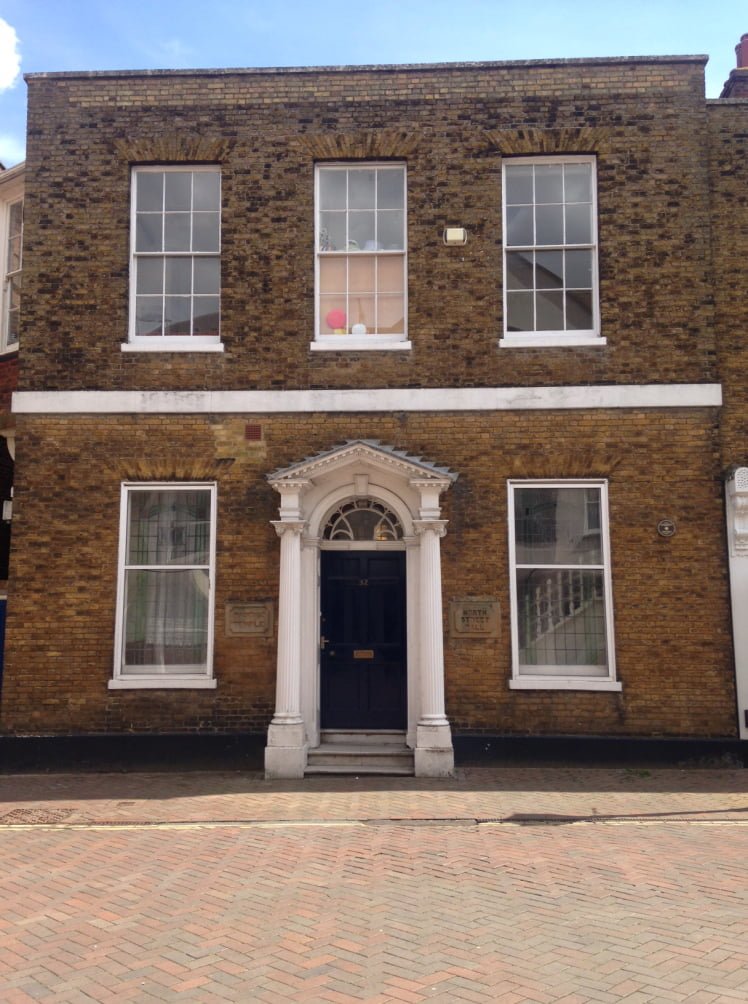 As you go through the arch of the Kent Messenger offices at the top of North Street in Ashford, immediately on your left is the Masonic Temple and North Street Hall.  It is a Grade II listed, 18th century building, classical in style, with its Palladian columns, masks and pediment over the fanlight window of the front door.  This was the home of the Furley family in the early 19th century: Robert Furley was a JP, solicitor and local historian.  But I shall write of the Furleys in a post of their own: a family who contributed locally, nationally and internationally. 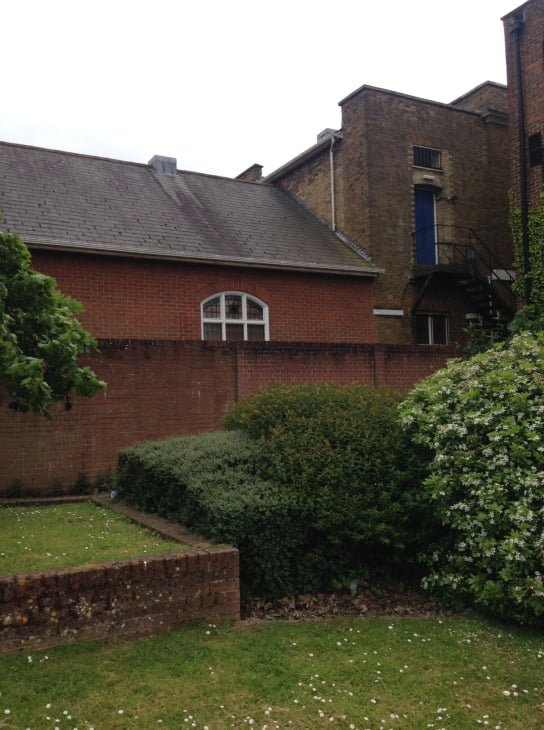 Side view of Masonic Temple, with modern redbrick addition

Freemasons themselves have long been a part of Ashford heritage, possibly as far back as 1770.  Seven lodges meet within this Temple, on different days of the week and at different times of the year.  Their website is here.  Freemasons are thought to have developed at around the period of the Enlightenment in the mid 18th century.  It describes itself as a system of morality, veiled in allegory and illustrated by symbols.  These symbols are mainly drawn from the manual tools of stonemasonry, for example, the square and compasses and the trowel.  A moral lesson is attached to each of these tools.  Today, Freemasons are involved in a lot of charitable work, particularly with the elderly and children.

I am intrigued by the beautiful stone and brick work of the rear wall of the Masonic Temple.  If I find out more about it, I shall report back. 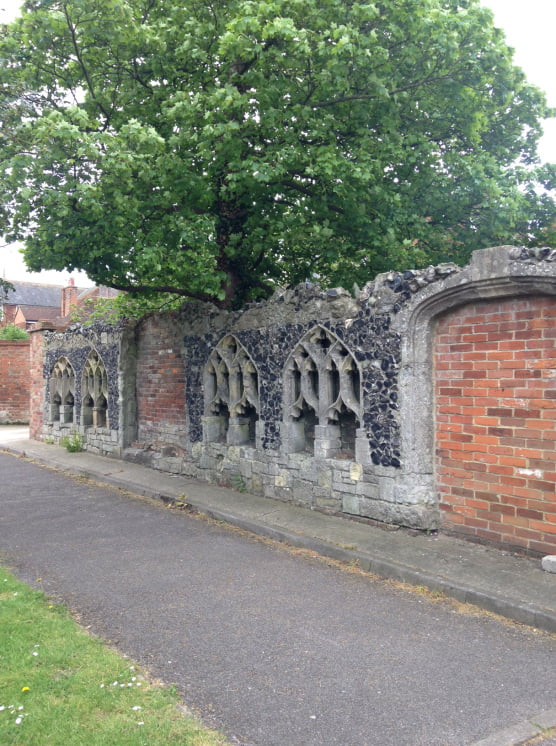 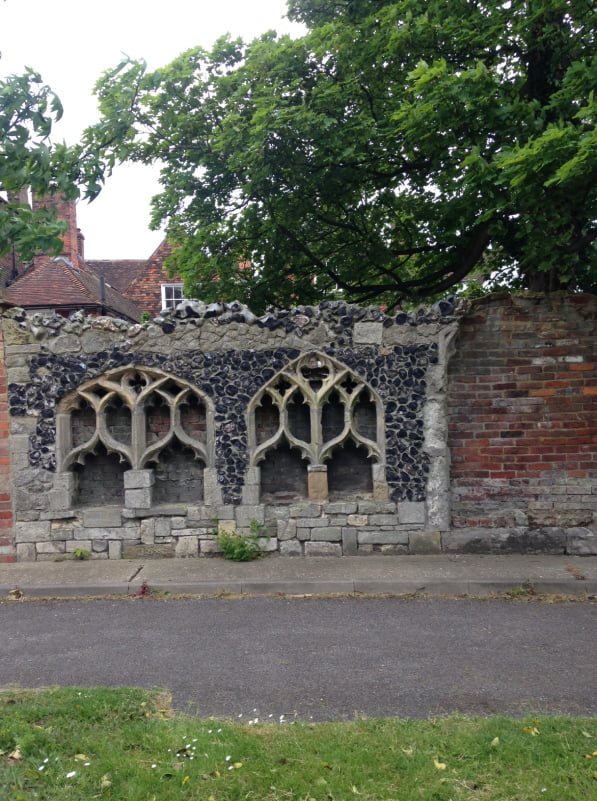 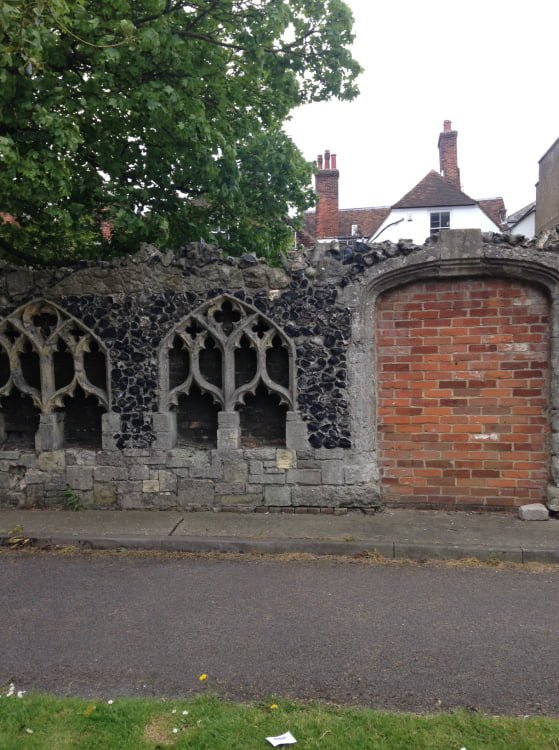