In 2015 The Freemasons Grand Charity has, once more, awarded grants totalling £192,000 to the Air Ambulance service throughout England and Wales. A cheque presentation on behalf of the Grand Charity to the Yorkshire Air Ambulance Service took place on 18th May 2015 at the Air Support Unit at Nostell Priory, near Wakefield. Malcolm Dabbs APGM, who was accompanied by Malcolm Booth, the recently retired Chairman of Provincial Grand Charity, David Flower, Provincial Grand Treasurer and Denis Kelly, Provincial Grand Charity Steward, presented a cheque for £4,000 to Paul Gowland, the YAA Director of Fundraising.
Paul was delighted to receive the grant and said how grateful the YAA was for the Freemasons support of his charity.
On this occasion, the helicopter based at Nostell Priory was called away to an emergency just minutes after the YNER group arrived on site. Since the second of their two helicopters is located at RAF Topcliffe, the group was unable to see (and inspect) either of the emergency aircraft. Nonetheless, Paul gave a very interesting talk on the work of the YAA which was followed by a conducted tour of the premises, the finest of its type throughout Europe.

It was interesting to note that the site communication staff had a direct connection to the 999 incoming call system throughout their area of operation and were able to assess any situation and direct a helicopter to the location of the emergency with minimal delay. 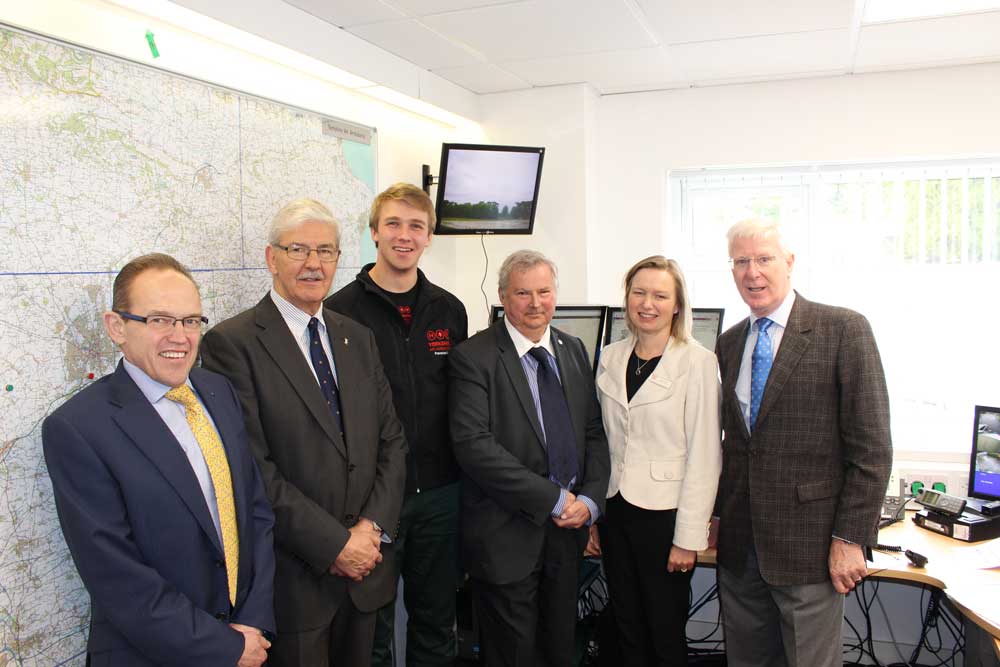 The YAA works closely with the A & E departments at just 4 major hospitals within its area – Leeds, Middlesbrough, Hull and Sheffield. At the moment only James Cook Hospital at Middlesbrough has the facility to allow night flights into and out of the hospital site. The lighting facilities at the other hospitals are to be upgraded when funds allow.

The Yorkshire Air Ambulance is a Registered Charity and relies entirely on voluntary donations and grants. Although fundraising is always difficult, many individuals whose lives have been saved by the YAA, have subsequently raised funds for the Charity once they recover from their injuries.