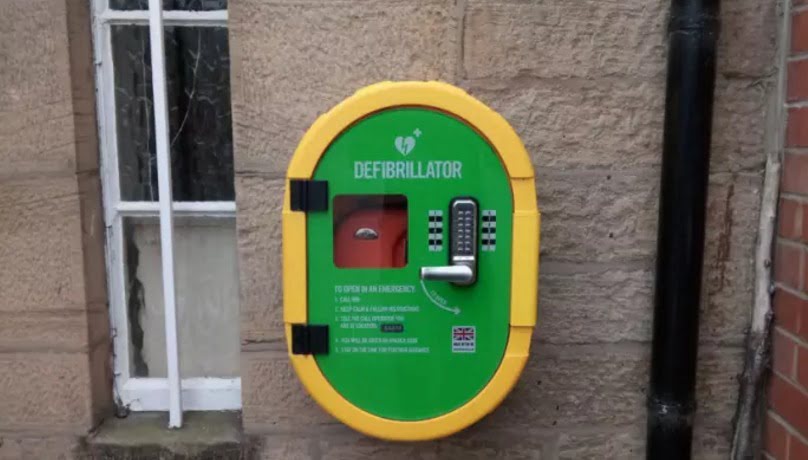 A defibrillator has been installed on the north wall of the Masonic Hall, also known as Winton House, in Morpeth.

It has been supplied and paid for by the Freemasons. The hall can be accessed from Howard Terrace and Dacre Street.

Those who need to use it in an emergency situation need to dial 999 so they can get the key code to open the cabinet containing the defibrillator. They will also receive instructions on how to use it.

The defibrillator is part of the Freemasons’ on-going involvement in the community in this special tercentenary year when Masons across the country celebrate 300 years since the formation of the United Grand Lodge of England in 1717.

Winton House was the town house of Charles Edward Davison, whose suffragette daughter Emily Wilding Davison died from her injuries when she attempted to attach the suffragette movement’s colours to the King’s horse at the Epsom Derby in 1913.

There are 115 Freemasons meeting in Morpeth in four lodges – the oldest being Lodge de Ogle, which was founded in 1854.