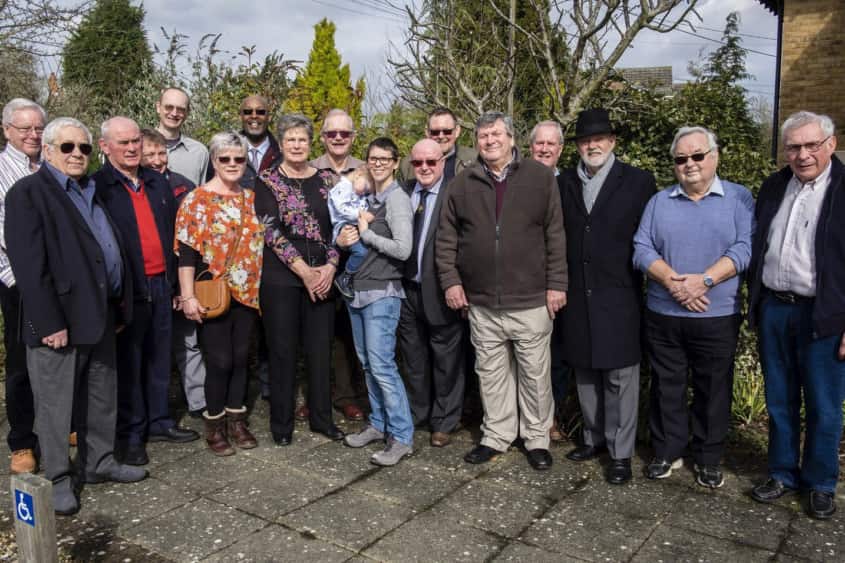 A toddler who is losing his sight is learning how to read his favourite Mr Men books in braille thanks to the donation of a specialist machine by Bucks Freemasons.

Three-year-old Dexter Ward, from Bletchley near Milton Keynes, suffers from a rare condition called infantile glaucoma, which has caused him to lose almost all his sight.

His family were told that the NHS and the RNIB are unable to provide a braille machine on loan until Dexter is five.

By that time, he is likely to be completely blind which makes the teaching more difficult.

Bucks Freemasons stepped in to help, holding a well-attended coffee morning at Newton Longville Free Church Hall in the summer.

The event raised £3,700, with donations from members of the Masons, Winslow Lions and the church in Newton Longville.

The money has allowed Dexter’s family to purchase a Tiger Cub braille embosser, which he can use into his teenage years and beyond.

His parents have now started to print braille books so Dexter can begin learning how to read them.

Dexter’s mum said: “I was astonished and delighted by the turnout and funds raised for Dexter.

“The machine allows us to convert books to braille, including Dexter’s favourite Mr Men books.

“Dexter loves his new book which will be the first of many.

“We would very much like to thank everyone for their generosity in helping a little boy access his favourite books.”