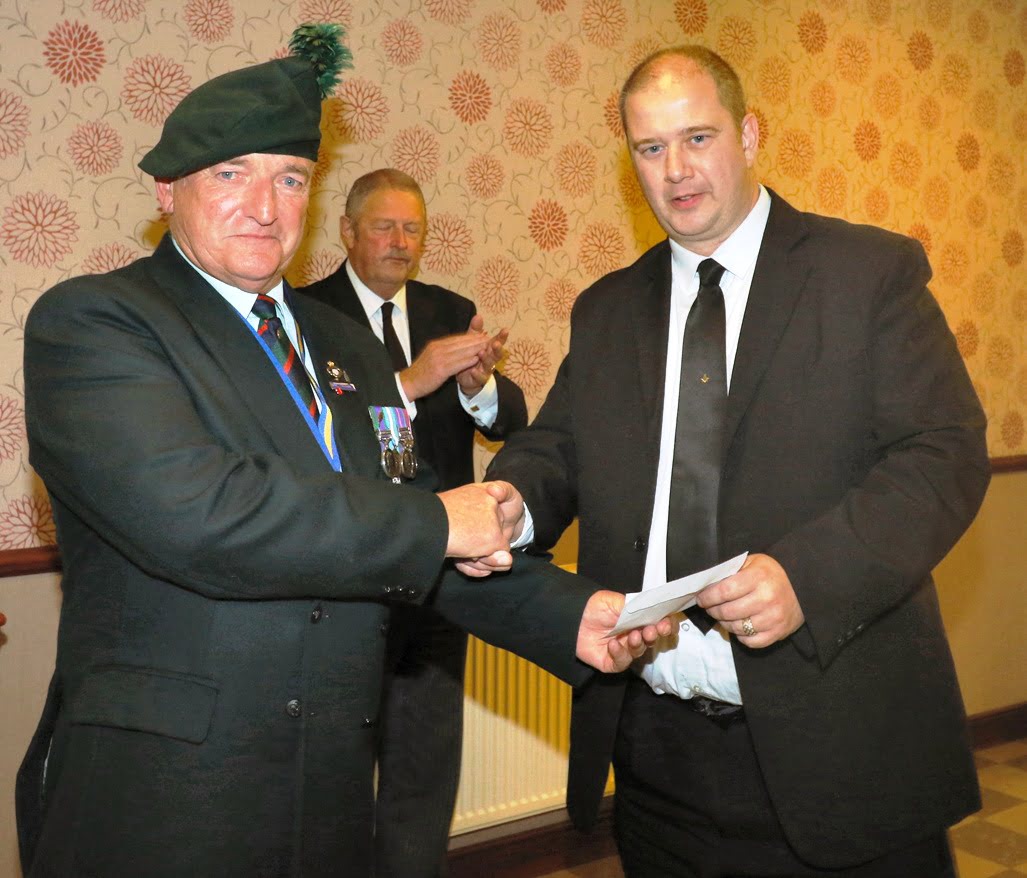 The Military Jubilee Lodge No 2195 in Dover recently held a so-called “Blue Table” meeting, to which other non-Masonic guests were invited to join them for a meal.

The Legion was formed in the early 1920’s in Balfour Road, Dover.  The local branch was the first of its kind and it often met in The Eagle Hotel.

There is, however, another poignant link to Dover. The Flanders Poppy was first described as the “Flower of Remembrance” by Colonel John McCrae who, before the First World War, was a well-known Professor of Medicine at McGill University in Montreal.

At the outbreak of the First World War he landed in France as a Medical Officer with the First Canadian Army contingent.

During the second battle of Ypres on 2nd May 1915 he was in charge of a small first-aid post and he witnessed the death of a friend, a fellow soldier. During a lull in the action the following day, he wrote the following verses on a page torn from his despatch book:

In Flanders fields the poppies blow
Between the crosses, row on row,
That mark our place: and in the sky
The larks, still bravely singing, fly
Scarce heard amid the guns below.


We are the Dead. Short days ago
We lived, felt dawn, saw sunset glow,
Loved and were loved, and now we lie,
In Flanders fields.

Take up our quarrel with the foe:
To you from failing hands we throw
The torch: be yours to hold it high.
If ye break faith with us who die
We shall not sleep, though poppies grow
In Flanders fields.

It was eventually published in Punch in December 1915 and became the most popular poem of World War I and was translated into many languages. In Canada it was used to promote an appeal to raise $150,000,000 in Victory Loan Bonds but the result was a staggering $400,000,000.

By January 1918, Colonel McCrae was seriously ill and was brought on a stretcher to one of the big hospitals on the channel coast of France.  On the third evening, he was wheeled to the balcony of his room to look over the English Channel towards the cliffs of Dover.  The verses were obviously in his mind, for he told the doctor who oversaw his case: “Tell them this”, if ye break faith with us who die, we shall not sleep”.

That same night Colonel McCrae died.  He was interred in a beautiful cemetery on rising ground above Wimereux in France, from where the cliffs of Dover are easily visible on sunny days.