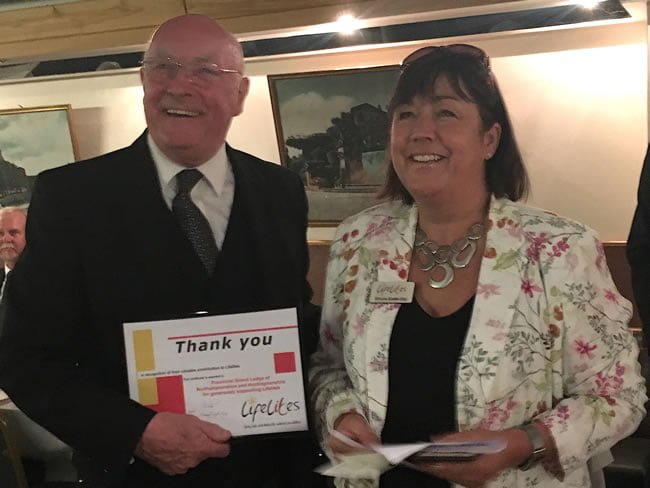 At the Quarterly Communications meeting of Grand Lodge held on Wednesday the 14th of June 2017, the Pro Grand Master, MW Bro Peter Lowndes, congratulated the Province on having no less than eighty-eight members present.

After the ceremony, members enjoyed lunch with a guest of honour, Simone Enefer-Doy CEO of LifeLites. The Provincial Grand Master, RW Bro Max Bayes, presented Simone with a cheque for £10,000 and a second cheque for £2,000 from an undisclosed Masonic donor.

We are keen to support this wonderful organisation – LifeLites – that does so much for children in difficult circumstances.  Lodges and individuals in the Province have contributed and we know the money will be put to very good use.

Simone Enefer-Doy gave a notice of thanks to the PGM saying:

We are most grateful for your continued support which does make the lives of these children so much more fulfilling. We know that you are going into Festival next year but thank you for the wonderful you have given us so far.