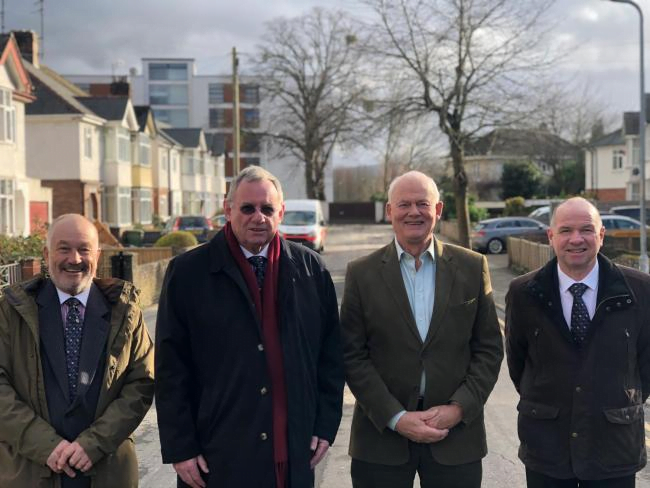 FREEMASONS in Herefordshire have donated £10,000 to the appeal to support victims of the floods caused by Storm Dennis.

Herefordshire Community Foundation and the Hereford Times teamed up to launch the appeal on Monday, with the amount now almost at £40,000.

Flood-hit households who have already applied will get a £200 “first aid” payment, with the first receiving their money earlier today.

“We’ve decided to give emergency first aid which is £200 to those who have been flooded and made an application,” Herefordshire Community Fund chairman Frank Myers said.

“We will consider, once this all starts to settle down, and whether we’ve got sufficient funds, whether we can then engage in any further help for people.

“The £200 can clearly help, it isn’t a lot of money in the grand scheme of things when you look at some of the damage.

“But as we’ve found with other grants we’ve given away of the last few years, the feeling of support and philanthropy that people getting, knowing that people out here care when they’re in trouble, is quite significant.”

Michael Holland, provincial grand master of the Herefordshire Freemasons, said they want to support the community they feel a part of.

“We’ve donated because we feel we have a role to play in the community and our four main principles are respect, integrity, friendship and of course charity,” he said.

“When we see the effect these floods have had on the people of Herefordshire, and we feel we’re part of that community, we’ll do what we can do to aide some of the immediate stress.

“Hopefully we’ll give some money to people to replace things they might not have otherwise been able to.”

Applications should be made online at www.herefordshirecf.org

To donate you can visit www.herefordshirecf.org or text CLEANUP 10 to 70085 to donate £10. Texts costs £10 plus your standard rate message. You can give any whole amount up to £20.