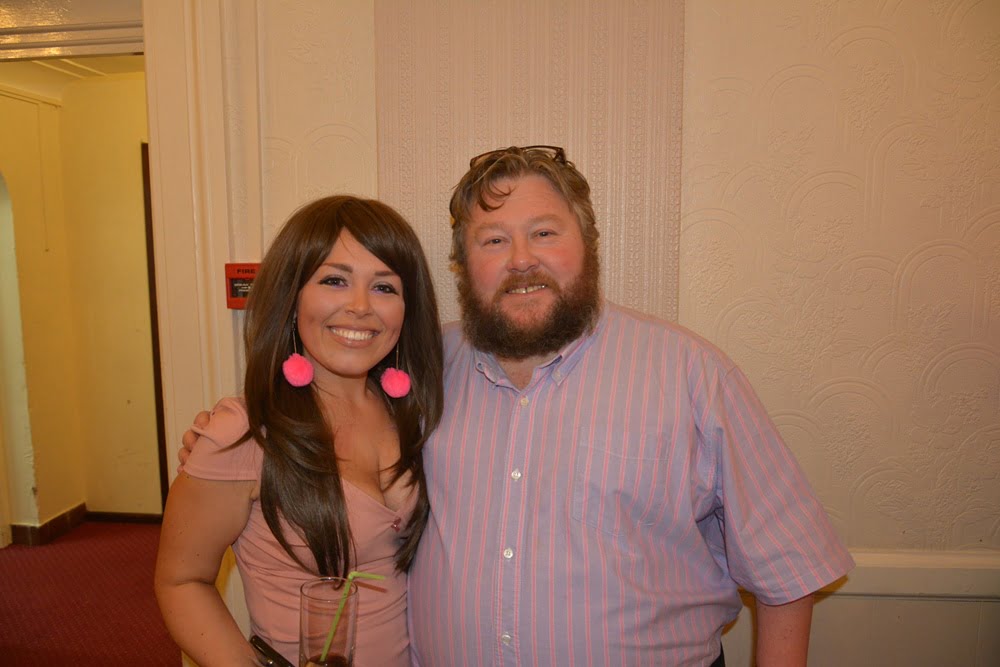 After being diagnosed with breast cancer in May, Beth Pattison decided, after getting over the massive initial shock, that something positive had to come from the experience.  With a Freemason as her father, who better to turn to for some fundraising advice?  Craig Pattison, a well-known Chester le Street Mason, is an old hand at fundraising and he used his many years of experience to pull together a Charity Fundraising event on Friday 2nd December at the Masonic Hall in Chester le Street.

The evening soon became a sell out in aid of the fight against Young People’s Cancer in the North East Region.  All the funds raised are going directly to the Breast Clinic at the RVI, Newcastle and Ward 34 at the Freeman Hospital, to enable them to continue in their wonderful work.

The Northern Centre for Cancer Care at the Freeman Hospital provide care for young adults, offering a wide range of specialised treatments in a professional and welcoming, age appropriate environment for both patients’ and their families.

Craig thrives on evenings like this and his positive feel-good energy soon rubbed off on the full house gathered for the evening.  To say it was jam-packed would be an understatement.  Craig started by explaining the background of the night and the charities that would benefit from it.   He then got straight into running the evening, starting with a game of bingo, followed by a pie and pea supper.  There was a raffle with over 100 prizes, including a stay at Ramside Hall, as well as an auction with signed Sunderland, Newcastle and Middlesbrough shirts.

When Beth was diagnosed in May, Craig decided to grow a beard to shave off for the charities, once her treatment had been completed. Joining him in this gesture were Mike Cockerton, Stuart and David Atkinson.  With 2 barbers in attendance, Craig and Mike took to the stage to be ceremonially sheared, followed by father and son Stuart and David.  To say it took years off their general appearance would be an understatement!  Beth joined the 4 new bald fundraisers and barbers on stage for a huge round of applause.

Leah a fantastic vocalist and entertainer brought a fantastic evening to a close, with £3130 raised on the night.  Once all of the sponsorship is collected there will be a grand total of £6000!