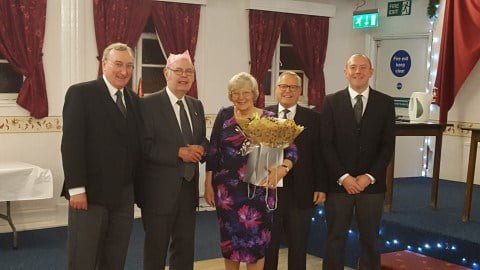 Stanlow lodge were only too pleased to celebrate the milestone of worshipful brother Mike Burgess reaching 50 years in freemasonry, assistant provincial grand master Adrian Davies took the chair from worshipful brother Steve Dodd to reminisce about Michael’s career and life, he also made mention of his personal and masonic achievements, furthermore Michael was promoted to past provincial grand swordbearer – a well earned and suitable promotion.  A gift was presented from the brethren of Stanlow Lodge to Michael.  As it was also ladies to dine a bouquet of flowers were presented to Michael’s wife.

Assistant provincial grand master George Mann made a wonderful eulogy to commemorate brother RWBro Timothy Raymond Roper Richards (known to many as TR3), following his calling to higher service, a mason who will be missed by many..

Stanlow played host to approximately 20 guests who were greeted warmly and enjoyed the celebration, both in the temple and later at the festive board. 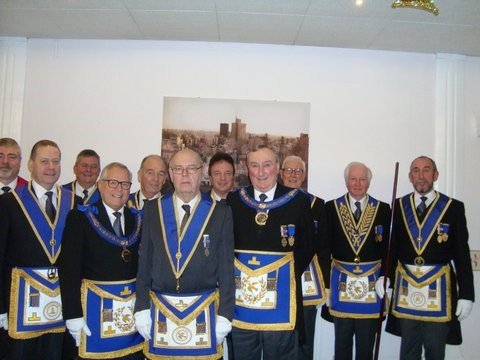