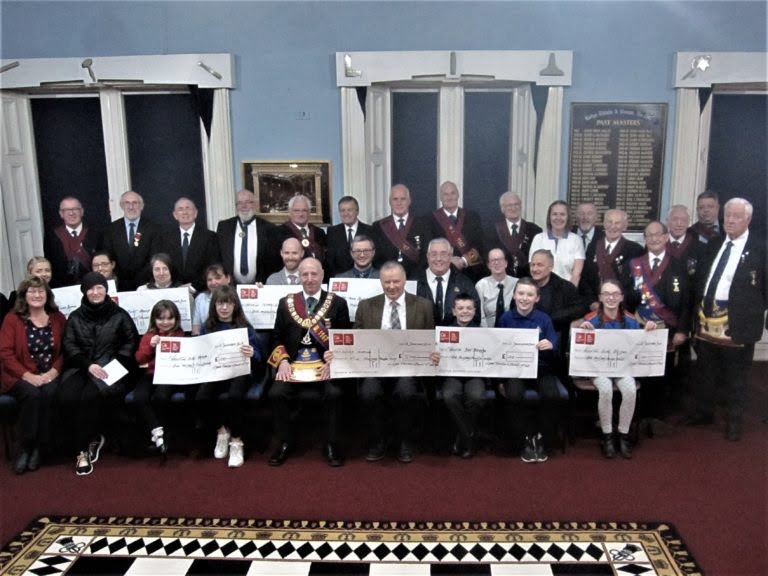 A total of eight youth and community groups in Neilston were each given an early Christmas present by local Freemasons from Lodge Thistle & Crown No.1167.

The Lodge celebrated its 100th Anniversary this year and as part of that commemoration, it was decided to donate £100 each to local groups.

Cheques were handed over to representatives of the groups by RWM Bro. Fred Christie at a special meeting held by the lodge in its premises at Main Street, Neilston, on Thursday, 13th December.

He also invited Bro. George Paul PM to make a special presentation of £500 to Ken Mathieson, senior manager at the Accord Hospice in Paisley, in recognition and appreciation of the care given to the late Bro. Bob McCulloch and Bro. Donald Morrison.

RWM Bro. Fred said: “As the local Masonic lodge we have been part of the Neilston community for the past hundred years and we decided the most appropriate way to end our year of centenary celebrations was by making these donations to groups within our immediate community.