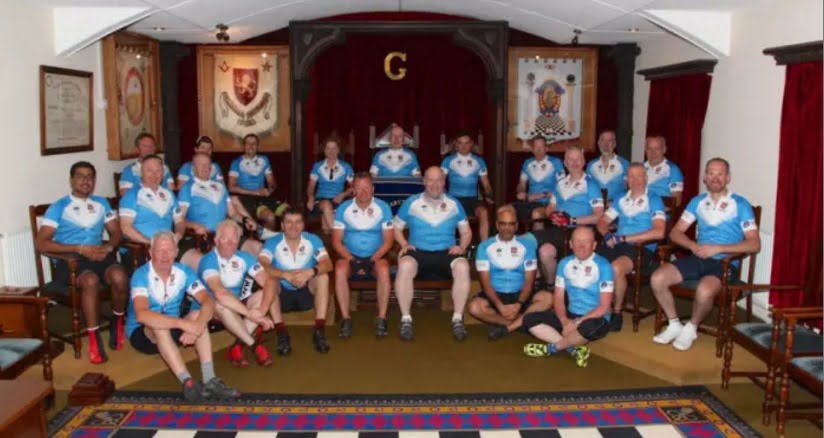 Leicestershire and Rutland Freemasons have completed a four-day cycle ride visiting all the masonic centres in the province, including Melton, before continuing to Freemasons’ Hall in London and back again.

The 300-mile trip not only marked the 300th anniversary of Freemasonry but raised £21,000 to be split equally between the Rainbows Children’s Hospice in Loughborough and the Masonic Charitable Foundation.

The 23 cyclists ranged from 19 to 64 years of age and were from 15 masonic lodges based in Leicester, Oakham, Syston, Market Harborough and Ashbourne in Derbyshire.

They were waved off from Freemasons’ Hall, Leicester by the deputy provincial grand master, Jim Buckle, and Helen Smith from Rainbows, and during the ride were welcomed by brethren at the masonic centres in Loughborough, Ashby-de-la-Zouch, Coalville, Hinckley, Lutterworth, Market Harborough, Uppingham, Oakham, Melton and Syston.

Organiser Simon Oldfield said: “We’re all proud to have taken part in a great adventure, and such an achievement by all the riders and support crew, great team spirit and camaraderie to raise money for charity.”

The provincial grand master, David Hagger, said: “I most sincerely thank the cyclists and assisting crew on behalf of all the Freemasons and their families in Leicestershire and Rutland, for the generous contribution they’ve made.”