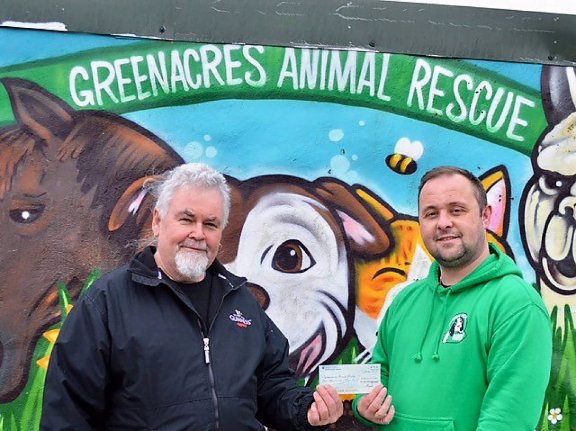 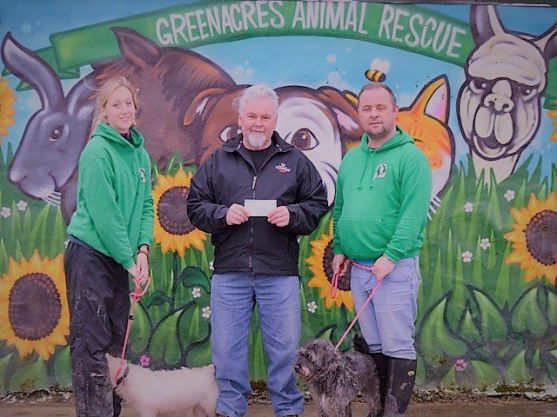 On Friday 3rd March Worshipful Brother Adrian Davies WM of Neyland Lodge attended Greenacres Animal Rescue and presented them with a cheque for £400. This sum was the
proceeds of the raffle held at W Bro Davies’ Installation in December.

In the picture are Natalie Thomas who works for the charity at the rescue centre, W Bro Davies and Mikey Lawlor Manager of the Rescue Centre. Greenacres rescues all
animals not just cats and dogs. At the moment they also have, horses, sheep, goats, ferrets, ducks, chickens, turkeys and pigs all being looked after by a bunch of dedicated carers and volunteers.
The Centre relies totally on donations from the public of not just money, but also food and bedding.

Greenacres is sanctuary for the animals it opens its doors and hearts for. Many animals have been subjected to extreme cruelty, abandonment and neglect, and Greenacres
dedicated staff and volunteers set to work immediately in order to bring the animals back health and happiness.

Some of the animals that come to Green Acres cannot be re-homed, and therefore become part of the surroundings. Greenacres is more than a sanctuary for some, it is
quite literally their forever home.

Pictures and text by W Bro John Watson Provincial Grand Almoner who also attended, but [quite rightly] was deemed not attractive enough to be in the
pictures.