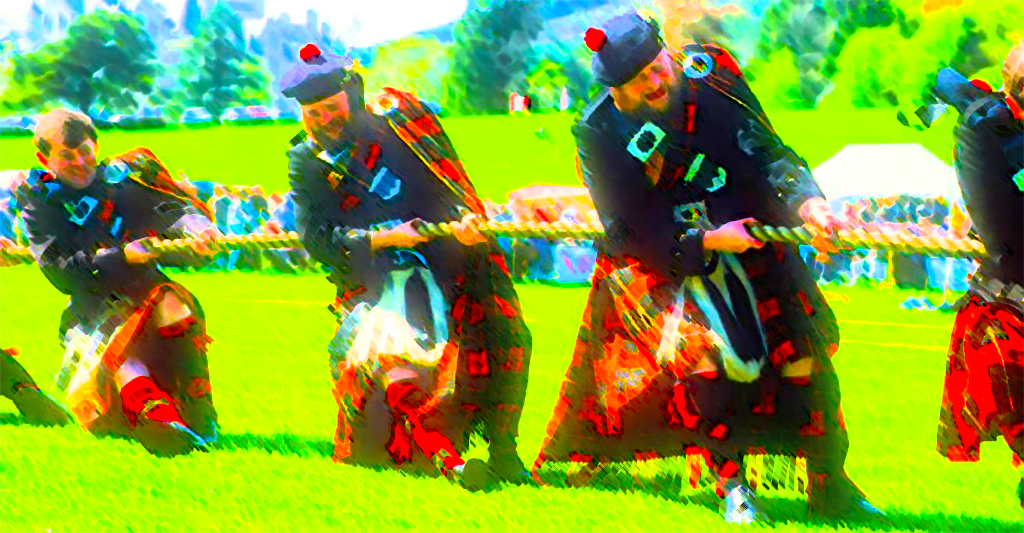 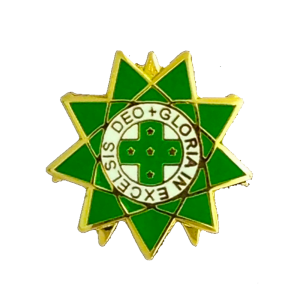 This Order rules two degrees, the Harodim and the Rosy Cross. The Harodim is conferred in a body called a Chapter, and so in this Order a Chapter is below a Lodge. In practice, however, these two bodies are the same.

The Royal Order has many peculiar features, and it is impossible to do it justice in one post.  Firstly, we may note that the Order is unique in that it has one governing body for the whole world, and is the only English Masonic body of which this is true. Grand Lodge must always meet in Scotland.

These degrees are of great antiquity, and, personally, I consider them the greatest of all our masonic degrees. They are not so dramatic as certain others, such as the Order of the Knights Templar, but they have a unity of purpose and an ancient ritual which is full of the most profound mystical teaching. It is in curious old Border verse, for the most part, and from internal evidence would appear to ante-date our present form of even the Craft degrees, though it clearly presupposes their existence.  From historical records we know that these “Scotch” degrees were at work in 1743 in London, for there is a record of a Provincial Grand Lodge in London, having at least two Chapters under its control, at that time.

The mere fact that there were at least two Chapters of Harodim at work at this date precludes the possibility of the Order having come into existence in 1743, and the fact that it had to travel from Scotland, and then establish itself and spread in London, justifies us in considering that it can hardly be later in origin than the date of the formation of the Craft Grand Lodge of Scotland itself, which was in 1736. Seven years is, I consider, far too short a time to allow a new degree to spread from Scotland to London and establish itself firmly therein, but if we take this date we shall see that the

Royal Order takes precedence in antiquity of any high degree. But, in view of these facts, we cannot dismiss lightly the evidence of Henry Adamson’s metrical description of Perth, “The Muses Threnodie,” written in 1638, practically a century earlier, in which he writes :-

“For we are brethren of the Rosie Cross We have the Mason’s Word, etc.”

Note. – He uses the phrase “Rosie Cross,” the exact title of the 2nd degree of the Royal Order, and adds that “We have the Mason’s Word.”

Now the Royal Order purports to give its members the lost “Mason’s Word.”

In connection with this it is well to remember that the first record of the initiation of a speculative into Freemasonry in England is on the 20th May, 1641, when Robert Moray, “General Quartermaster of the armie of Scotland,” was initiated at Newcastle by members of the Lodge of Edinburgh, who were with the Scottish Army, which had entered England in arms against King Charles.

Moreover, Moray, was “Protector” of Vaughan, the famous 17th century Rosicrucian. If therefore beyond the Craft lay a Rosicrucian Masonic Order, which could only be entered by those who had first qualified as Freemasons, then we can see an excellent reason why Moray, who was clearly interested in Mysticism in general, and Rosicrucianism in particular, should trouble to be initiated into a Lodge despite the fact that the Army of which he was Quartermaster-General was actually on a campaign.

Incidentally, these facts go clean counter to the theory still held by a few students that the Royal Order was Jacobite. Indeed, the closer one studies this Order the less grounds can one find for this view.  In such a case one would naturally look for some reference to the Martyr King himself. Be it noted this could have been done with perfect safety, for in the Prayer Book of the Established Church of England there was, during the Eighteenth Century, a special service in memory of Charles, King and Martyr.

Thus the inclusion of reference to the White Rose, or Charles the Martyr, could easily and safely have been worked into this ritual.  Secondly, let us consider the teaching of the degree. Both the Old and the Young Pretender were Roman Catholics; we should therefore expect that either there would be traces of Roman Catholic teaching in the ritual, or at least that care would be taken to avoid anything that would be in direct opposition to the faith of the hero of the Jacobites. Yet, on looking into the ritual, we find certain most significant omissions. There is no mention of the “Holy Catholic” Church, nor of the “Communion of Saints,” both relies of medieval days left standing intact in the Episcopal Churches of Scotland and of England, but further, the ritual goes out of its way to declare we shall obtain salvation through Christ only, thus hitting at the doctrine of the Intercession of the Saints, and even says that our salvation is by Faith alone.

Now this is just one of the particular points of cleavage between Protestantism and Catholicism, for the latter always has maintained the necessity of faith being proved by good works. Salvation by faith alone was one of the outstanding tenets of the Presbyterians, and shows clearly that the ritual in its present form is Presbyterian, and emphatically so. Would men who were inventing a degree to foster the Jacobite cause go out of their way to insert phrases which must wound their hero, and many of his loyal supporters?  This aspect is further emphasised by the fact that among all the paraphernalia employed in the degrees there is neither cross nor crucifix, although we find them in other Masonic High Degrees.

The omission must be deliberate, for from the nature of the ritual these emblems might well have been employed. Against these facts, no word in the ritual of a pro-Jacobite nature can be adduced, and so I can see no reason for claiming these degrees were made up to help the Jacobites.

The degrees themselves are highly mystical, and take the candidate from the Master Mason stage, through the Old Testament, over the “Bridge,” onto the second Temple, and finally trace Christ’s life and death, and show that He is the L.W. .

There are clear traces of that outlook on life which is called “Rosicrucian,” and so they are good argument for those who claim that Rosicrucianism did influence Freemasonry. Keeping strictly to the Royal Order, we find in it the root matter of many of our Higher Degrees, and it is possible that some of these have been elaborated out of incidents passed over beliefly in the Royal Order rituals.

As some guide I will indicate references to ideas which were probably subsequently developed further, though it is but fair to add that the alternative also is possible, namely, that these degrees also already existed, and had contributed to the ritual of the Royal Order, instead of having simply evolved from them. These are Royal Arch, Mark, Red Cross of Babylon – the latter very clearly – Templar and Rose Croix. In addition there are many sections entirely unrepresented elsewhere in Masonry.  The ritual works mainly by question and answer, as in the Craft lectures, but one significant ritual practice deserves particular mention. At certain times the Brn. travel the reverse way of the Sun. This is correct, for they are then supposed to be in the region of the D – d, and popular tradition has always taught that the ghosts of men go reverse of the Sun.

The Tower too is most significant, and calls to mind a somewhat similar building described in the Mystical and “Chimycal” Marriage of Christian Rosy Cross, translated by W. Bro. Waite.  The Sns. used in this degree are many in number, and every one is of great antiquity and can be found in various parts of the world associated with Heathen Gods and ancient Rites of Initiation. The actual Sn. of the Harodim is to be seen in the ancient Aztec manuscripts, and is shown in a scene on a vase found at Chama, Mexico. This scene clearly depicts a cand. being initiated into a Mexican Rite, and being taught the Sn.. The case is certainly not later than 1500 A.D. and was only dug up a few years ago . In India the Sn. of Harodim is associated with Vishnu the Preserver. In Ancient Egypt it is shown on a fresco from Thebes dated about 1500 B.C., fragments of which are in the British Museum. Numerous examples could be quoted from Medieval work in Europe, for example in the 17th century panelled room known as the “Audience Chamber of the Visconti-Venosta,” which is now in the Engadine Museum at St. Moritz, to which we referred in the previous chap ter. This room also shows examples of the Sn. attached to the Rosie Cross degree, and, in the corners of it are figures making the Drinking Sn. of the Royal Order of Scotland. These figures are arranged in pairs as if answering each other.  Perhaps, however, the most significant fact of all is that the ritual of the Hung Society in China, known also as the Triad Society, or the Society of Heaven and Earth, is almost precisely the same in its main incidents as the ceremonies of this Scotch Order.

The regalia of the Order is fairly elaborate. It consists of a Garter, star and two sashes, one red for the Harodim, and one green for the Rosy Cross, and an elaborate apron of white, edged with bands of red and green.

Each candidate receives . . . which is supposed to show his characteristic virtue, and which, as a rule, is spelt without any vowels.