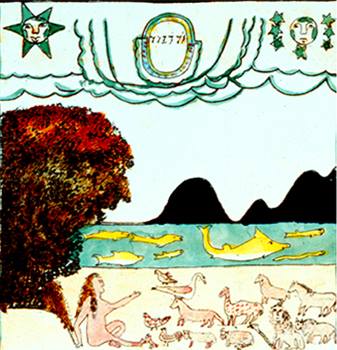 The Grand Lodge of Antient Free and Accepted Masons of Scotland .

A secret scroll which has been hanging in a Masonic Lodge in the Orkney Islands for almost three centuries is thought to be one of the most significant recent finds in Britain.

The Kirkwall Scroll depicting secrets of the Knights Templar, has been Carbon dated to the 15th century greatly increasing its significance.

The Masonic Lodge in Orkney wars unaware it possessed a priceless medieval treasure, thinking it was from the 18th century.

Andrew Sinclair, a Cambridge history Don claims that the little known Kirkwall Scroll, which he says could be worth £8 million, is second in value only to the famous 13th century Mappa Mundi which hangs in Hereford Cathedral and was valued at £7 million by Sotherby’s in 1989.

Mr Sinclair, who heard about the scroll while researching the history of the St Clair Earls of Orkney, said: “Its significance is immense. This will demand the rewriting of Scots medieval history.”

Mr Sinclair, a descendant of the St Clairs, was allowed access to the scroll and took p piece of it away for carbon testing The sailcloth hanging is said to contain ancient Freemason and Templar symbols of great significance including clues for the trail to the Holy Grail.

Parts of the scroll date from the 18th and early 19th centuries.

The St Clair Earls of Orkney have been strongly associated with the legendary Knights Templar and secret orders.

Mr Sinclair said the Kirkwall Scroll is unique in that it proves how the ancient knowledge amassed by the Knights Templar during the Crusades has been passed on into Freemasonry by the St Clairs, to safeguard it.

But Mr Sinclair’s proposal to remove it for safekeeping incensed the Freemasons “Anything is priceless if you’ve got a market for it, so his sensation-making claims of it being worth millions mean nothing,” said a spokesman.

“It is priceless to us and we have safeguarded it well for more than two and a half centuries, “No one can have access without special permission and it is protected from the light, so we would urge ‘leave well alone’.”

[We can remember the stramash that this article caused 16 years ago. Needless to say the Lodge was not at all happy that a piece of the Kirkwall Scroll had been ‘taken’ – Ed.]