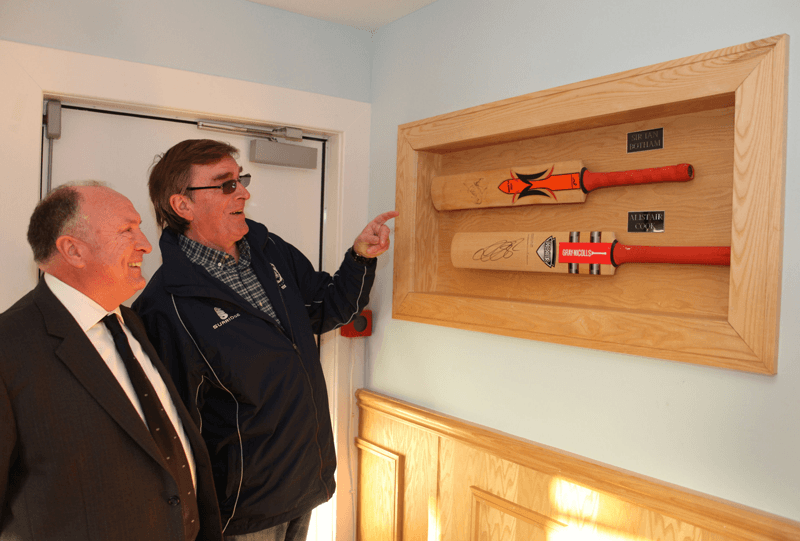 On Thursday afternoon (19th Jan) Maurice Cruickshank who is “The Right Worshipful Master” of Lodge St Vigean 101, was given a tour of Arbroath United Cricket Club by Geoff Fisher who is The Cricket Clubs President. Geoff explained that the Cricket Club`s practise nets were falling into disrepair, and that they were quoted approx. £30,000 to have them professionally replaced.

This sum of money was something the club could ill afford. So, former league winners Arbroath United Cricket club applied to “Sports Scotland” for a grant, however unfortunately this time The Cricket Club was unsuccessful. Word soon spread throughout the community and local business`s soon rallied round and gave financial assistance where they could.

A company has agreed to replace the nets for £12,000 and through generous donations, The Arbroath United Cricket Club are well on their way to achieving this financial target, HOWZAT.

After touring the impressive sporting facility Maurice (on behalf of St Vigean Lodge 101) handed over a cheque to the value of £200.00 to help with the cost of The New Nets.