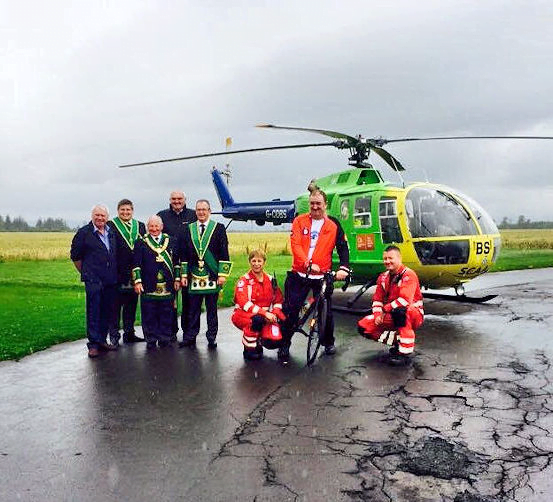 In 2015 Brother James T.L. Aitken made a presentation to the SCAA (Scottish Charity Air Ambulance). Brother Jim has undertaken a cycle challenge and he raised in excess of £7,700.00.

A considerable amount of monies were raised through Provincial and Lodges making donations. As a result representatives of three of the Provinces attended the presentation, namely Fife and Kinross, Forfarshire and Perthshire East. 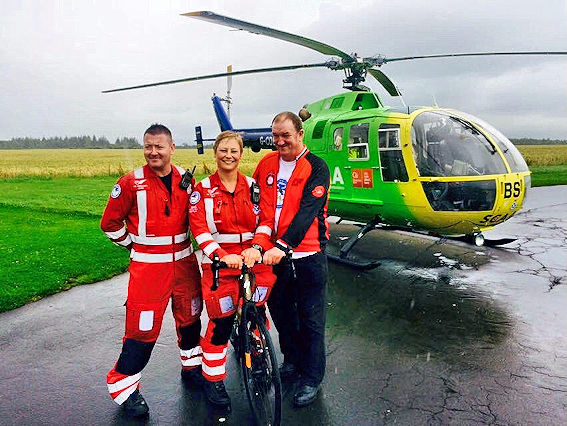