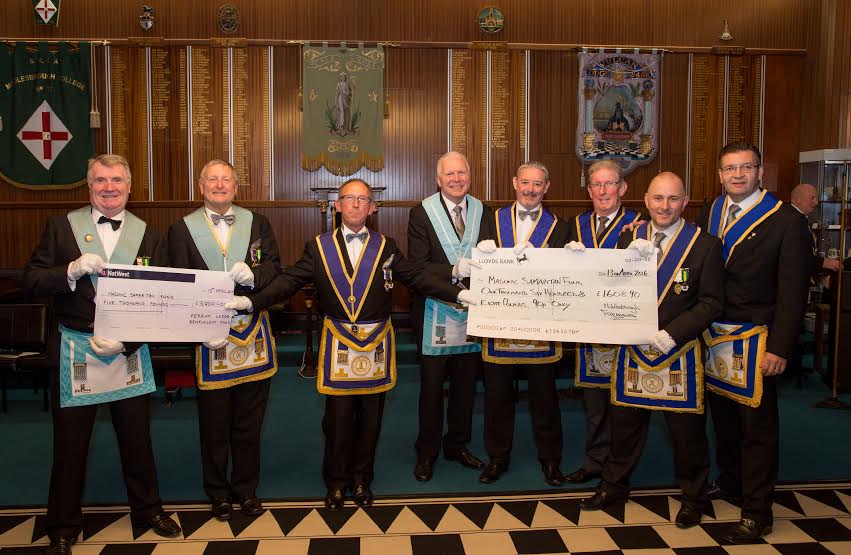 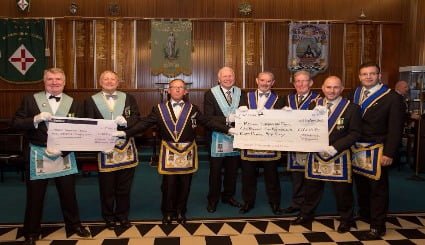 The Chairman of Festival 2018 was in attendance at the April meeting of Ferrum lodge and was delighted to be presented with not one, but two cheques for the Festival campaign.

Ferrum lodge donated a further £5000 to the Masonic Samaritan Fund, taking their total donations to over £20,000, and were elated to learn that they would now receive the honorific title of Patrons of Festival 2018.

A second cheque for £1600 was then presented to the Chairman from the proceeds of the Middlesbrough Lodge’s Spring Ball, which was held recently at Gisbrorough Hall. Yes, brethren, that is the correct spelling.

The Chairman congratulated everyone concerned, thanking them for the support they have given to Festival. Denis also spoke to encourage other lodges to consider organising similar fund raising events. Such events prove to be, not only very entertaining but they involve our ladies and offer such an excellent opportunity to provide further funding for the Masonic Samaritan Fund.

More about the festival here http://www.festival2018.org.uk/