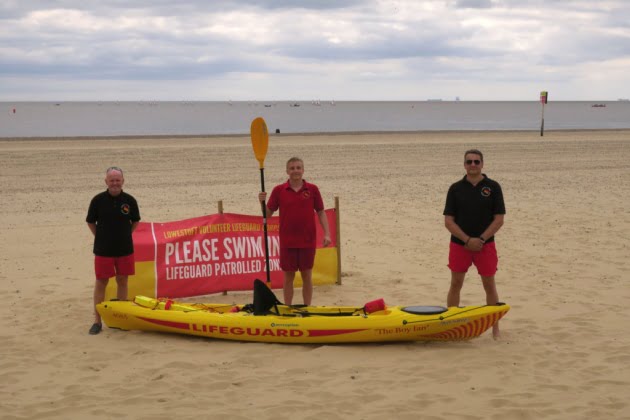 Lowestoft Volunteer Lifeguard Corps have been presented with a brand new rescue craft by a Freemasons unit.

Th craft was acquired as a result of donations from the Orient Lodge Freemasons. Photo: Orient Lodge

At a ceremony on Sunday, July 16, the Freemasons of Orient Lodge presented a dedicated rescue ski entitled ‘The Boy Ian’, named in memory of former Master of The Lodge, Ian Paterson.

During his time as Master, Mr Paterson selected the Lifeguard Corps as his favourite charity and was extremely keen to support their work.

Now, having donated over £1,000 to the corps, Orient Lodge have honoured Mr Paterson’s memory by helping the lifeguards acquire the new craft.

Ian’s wife, Jan Paterson, emphasised how grateful she was for the efforts of the masons and the corps. 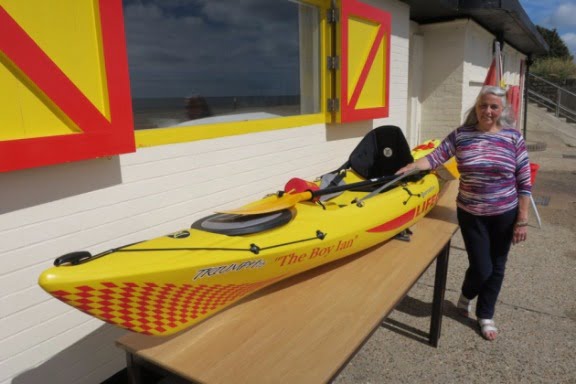 Jan Peterson with the craft, which is named ‘The Boy Ian’ in memory of her late husband who was an Orient Lodge Master and lifeguard corps supporter. Photo: Orient Lodge

“I’d like to express my thanks to Orient Lodge for giving us the opportunity to fulfil Ian’s wish of donating to the Volunteer Lifeguard Corps,” she said.

“We’re fortunate to have our beaches patrolled by such dedicated, highly-skilled volunteers.”

The local lifeguards are part of one of the oldest corps in the country, having been formed in 1952 after a boy tragically drowned in Lowestoft’s waters.

The corps have been going strong ever since and have made it their duty to pass on their knowledge to the next generation of life-savers. 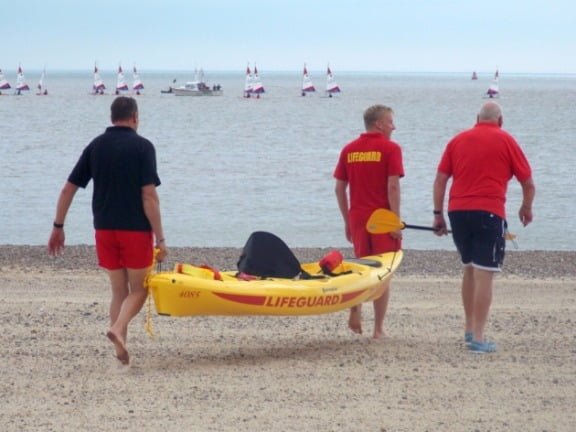 The craft was given its first patrol after the ceremony. Photo: Orient Lodge

“New recruits at the RNLI regularly come to us for training,” said corps trainer and assessor, Ian Moir, who was good friends with Mr Paterson.

“In return for our services, the trainees make a donation and in turn the corps use that money to upkeep our lifeguard station and our resources,” he added.

“There is a perception that we are council-funded, but we rely completely on donations.”

“It’s taken a while to fulfil Ian’s wishes but it’s superb to see our fundraising come to fruition,” said Mr Wilkin.

“Most of our work revolves around charity; the Freemasons are the second largest charitable-givers behind only the lottery.

“We welcome new members who would like to join in with raising money and generally trying to be good citizens.”

After the ceremony, ‘The Boy Ian’ was given its first patrol along the beach.