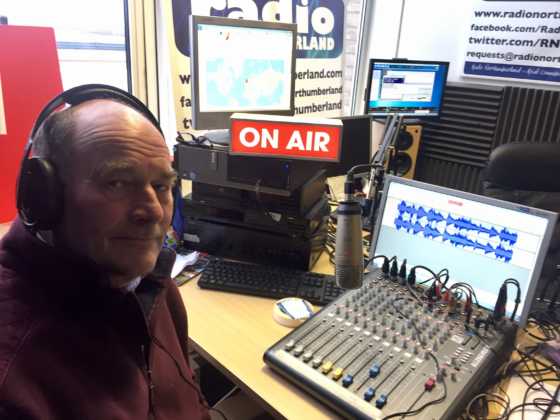 The man in charge of Freemasonry in Northumberland featured in an exclusive show soon on Cramlington based community radio station, Radio Northumberland.

The man in charge of Freemasonry in Northumberland featured in an exclusive show soon on Cramlington based community radio station, Radio Northumberland.

To mark the 300th aniversary of the United Grand Lodge of England, Tritlington farmer and Provincial Grand Master of Northumberland, Ian Craigs joined presenter Keith Newman in the studio. The show featured Ian’s choice of music as well as discussions about his life, work and Freemasonry.

The Provincial Grand Master was asked questions about Freemasonry, the people who are members and the charitable work that they do.

Mr Craigs explained that in 2017, The Provincial Grand Lodge of Northumberland will be giving away £300,000 to local charities to boost worthwhile and deserving projects throughout the region. There are 27 lodge buildings all across North Tyneside, Newcastle and Northumberland and, as he explained, the donations will be going to local good causes.

|”We are looking to donate money to charities close to each lodge building so that we can really make a positive impact on local projects and causes near to where Masonry takes place.

“Anyone from a local charity who would like to be considered for a Provincial Grand Lodge of Northumberland donation, can apply online at http://northumberlandmasons.org.uk. It’s a simple online form and details will be passed to the local lodge members who will then take the application to the next stage.

“We want to help as many charities across the region as possible and I’d urge them to contact us as soon as possible.”

Freemasons buildings can be found in:

Radio Northumberland has been providing 24 hour Internet programming since it formed in January 2012. It’s gained a reputation for community involvement as well as broadcasting music and talk based programming. Presenter, Keith Newman said: