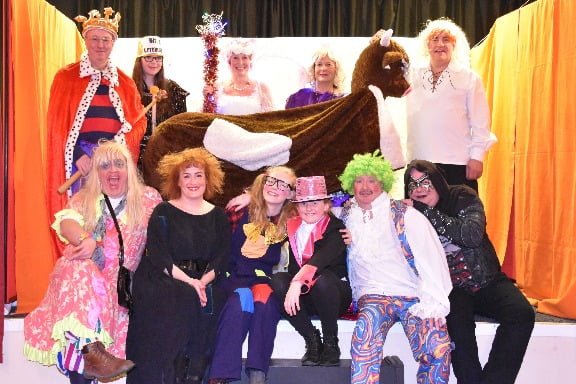 On Sunday the 15th of January 2017, The Corby Masonic Players, who are Freemasons or family and friends thereof, put on another show of their latest production, Jack & the Beanstalk, for the local community.

This was a special extra performance of the pantomime to kick off the Tercentenary events that the Corby Freemasons have planned. This free performance proved very popular with a hunded and sixty adults and children filling the Masonic Hall.

The audience members had no connection with the Masonic community – their attendance was as a result of local advertising. Every child received a festive selection box and free drinks/snacks were distributed to everyone that attended during the interval.

The Corby Masonic Players had previously held two other packed shows for Corby Freemasons, their families and friends. During each of these performances a raffle was held, which raised a total of £332 for Teddies for Loving Care.

WBro Jack C. Summerfield, the director and Panto Dame, said, “We have been putting-on an annual pantomime since 2006, but this is the first year that we opened our doors to the non-Masonic community”. He added, “The feedback has been fantastic. Everyone left with a smile on their face and hopefully a positive memory of Freemasonry.”