Provincial Grand Stewards’ Lodge hosted W Bro Ron Baker, whose presentation of the ‘History of Masonic Fire’ is both entertaining and noisy.

Tony used the opportunity to announce the launch of a new Bristol Blue firing glass; celebrating the Tercentenary of the United Grand Lodge of England next year.

These beautiful glasses, which will certainly become highly collectable, are available directly from Tony who, over the years, has commissioned many distinctive options; all raising money for Masonic charities.

“There are two styles,” he said. “One old; one new. Maybe one for each side of the fireplace?”

A painting of the banner 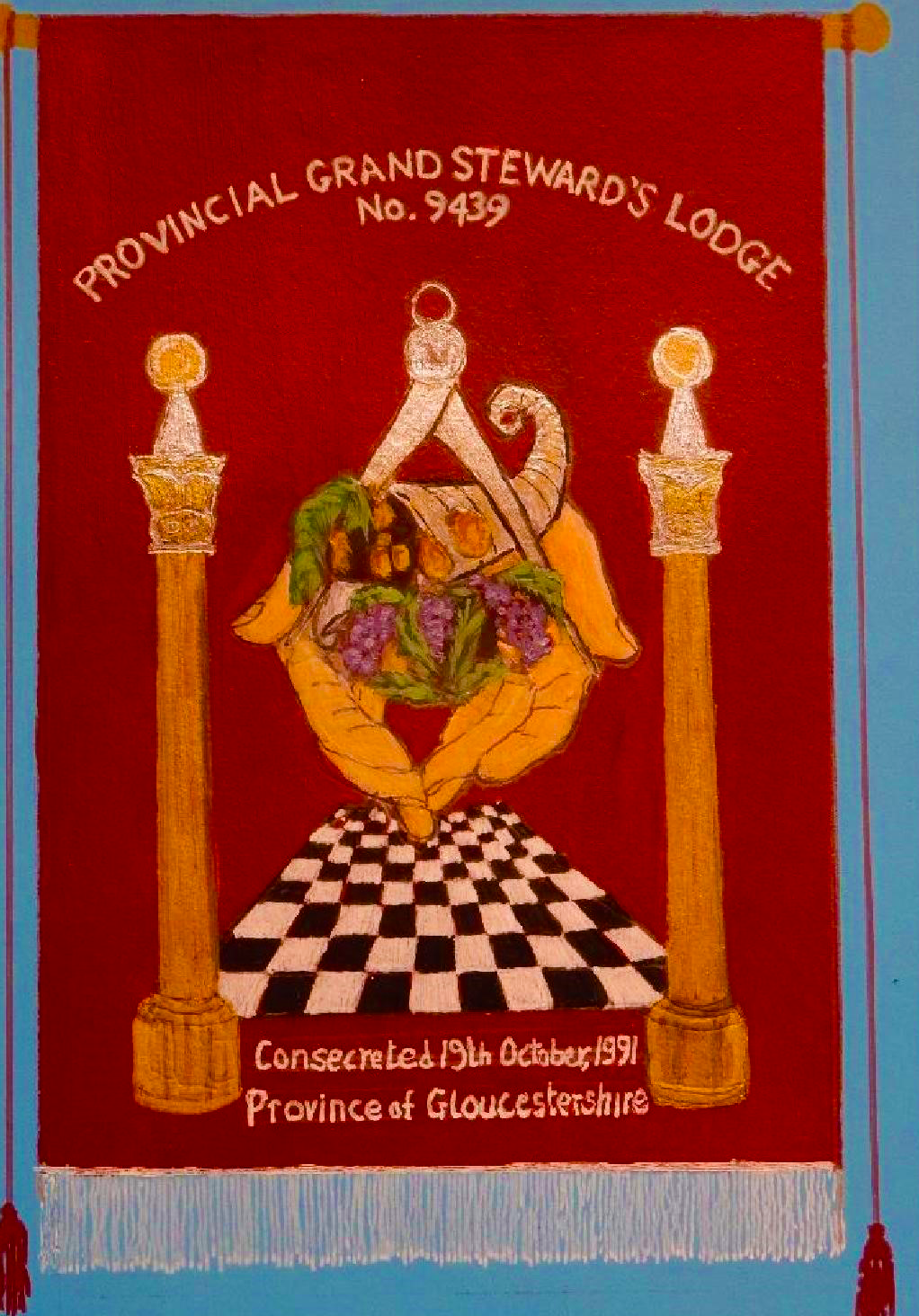 “It was indeed a most enjoyable evening,” said Ron afterwards. “I also painted a copy of the Grand Stewards’ Lodge Banner (left) which I presented with a dedication to the WM.

“If any other lodges wish to hear my lecture, I make no charge, but merely ask for a donation to a charity of my choice. On this occasion, I was overwhelmed by the generosity of the Stewards, whose donation will prove very valuable.”

A further ‘Heads & Tails’ raised £94, to be donated to Worldwide Cancer Research. The prize, a tercentenary glass, was won by the WM of the Adrian Davies Lodge of Rugby Union, Richard Williams-Jones, (left).