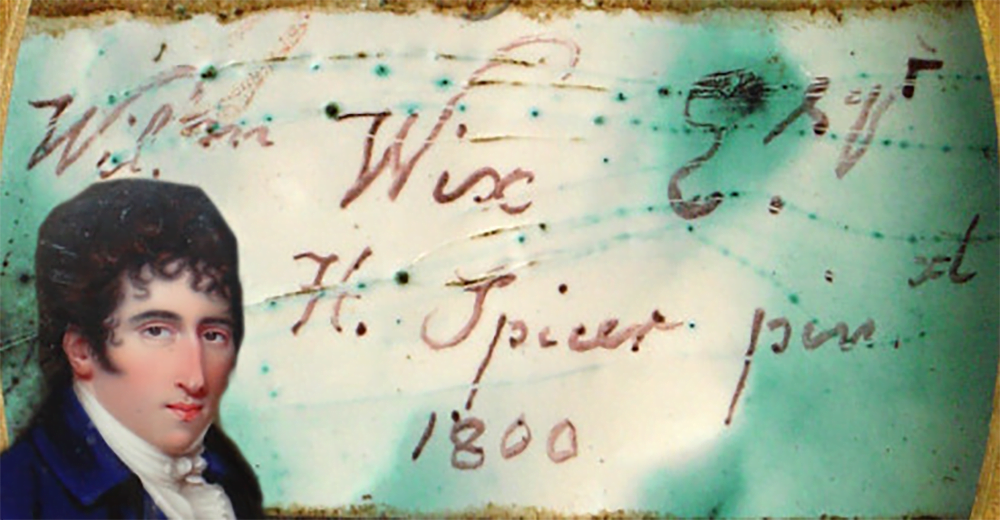 This miniature on enamel is of William Wix (1768-1849) who was an attorney and Fellow of the Royal Society and held the office of Provincial Grand Master of Essex from 1801-1824 (and of Grand Superintendent from 1801-1846). He was a member of Shakespeare Lodge (now No 99), Somerset House Lodge No 2 (now Royal Somerset House and Inverness Lodge No 4), Chapter of St James (now No 2) and a Grand Steward in 1800. In 1809 he was elected a member of the special Lodge of Promulgation, established to ascertain the landmarks and ceremonies of the Order.

The artist, Henry Spicer, who has signed the piece on the reverse, was a noted miniaturist and enamel painter. He was a member of the Royal Academy and his other sitters included Nelson, Edmund Burke, Joshua Reynolds and the Earl of Moira. He was painter in enamels to the Prince of Wales, later George IV, and his miniatures of both the Prince of Wales and the Earl of Moira are in the National Portrait Gallery.

Whether the artist was also a freemason is uncertain. A Henry Spicer, a “gent”, aged 34 and living in Great Newport Street (where the artist lived) was made a freemason in Tyrian Lodge No 5 (now Westminster and Keystone Lodge No 10) on 13th January 1785. Another Henry Spicer (or possibly the same man) described as a portrait painter but with no age or address details given joined the Lodge of Concord (now Old Concord No 172) on 9th January 1786. The following year John Spicer, living in Newport Street, described as a limner (another term for painter) also joined this lodge. 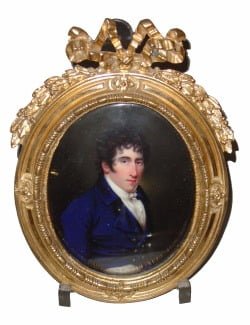 As the records are incomplete it is not possible to ascertain whether these freemasons called Henry Spicer were the same person or can be identified with the artist. Freemason Spicer’s active involvement in freemasonry seems to have ended by 1792. It is known that the artist suffered a period of ill health for some years before his death in 1804.

The image below shows Henry Spicer signature on the back of the enamel. William Wix image has been superimposed for effect only.