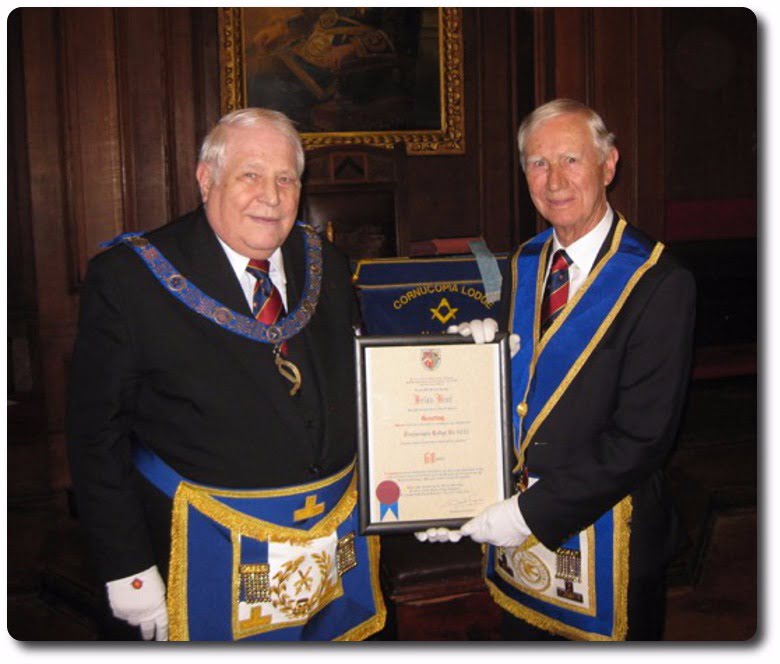 On Friday 3rd June, Manchester Hall was the venue for a special evening when the Brethren and guests of Cornucopia Lodge No. 4553 celebrated 60 years in Freemasonry of WBro Brian Bint PProvJGD.

The Lodge having been duly opened by the Worshipful Master, WBro Darren Kennedy, there was a report, upon which, the Provincial Deputy Grand Director of Ceremonies; WBro Andrew Taylor was admitted. He announced that the Deputy Provincial Grand Master for the Province of East Lancashire, VWBro Derek Nelson Thornhill, PGSwdB, was in attendance accompanied by a Provincial Deputation and that he demanded admission.

After welcoming the Deputy Provincial Grand Master, the Worshipful Master offered VWBro Thornhill the gavel which he was pleased to accept.

The Deputy Provincial Grand Master gave his usual music quiz as part of his address with the following information of events in the year of WBro Bint’s Initiation.

WBro Roy Chapman PProvSGD and the Lodge Secretary read extracts from WBro Bint’s Initiation which was on 24th February 1956 and his Installation as Worshipful Master in 1981.

WBro Bint now lives in America and was made an Honorary Member of the Lodge on the celebration of his Fifty years in Freemasonry.  Brian was accompanied by his wife Susan on this visit.  Susan and members wives of the Lodge along with guests of which some are potential joining members of the Lodge were admitted into the Lodge room to witness the presentation by VWBro Thornhill.

The Lodge closed and the members and their guests attended a vibrant Social Board where WBro Brian Lee PProvJGW gave a further tribute and toast to WBro Bint. 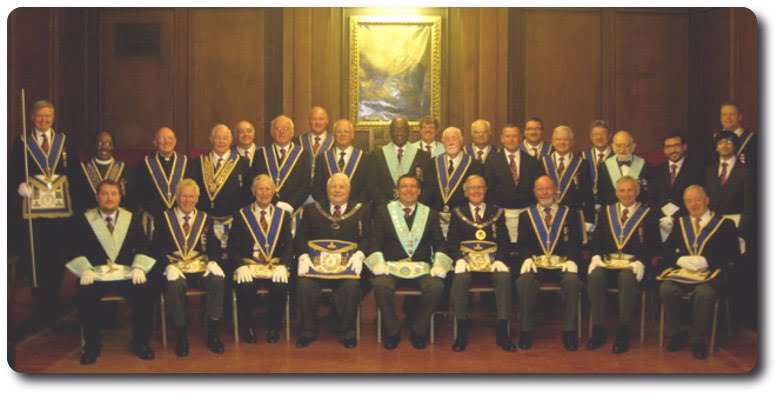 The Deputation, Lodge Members and Guests 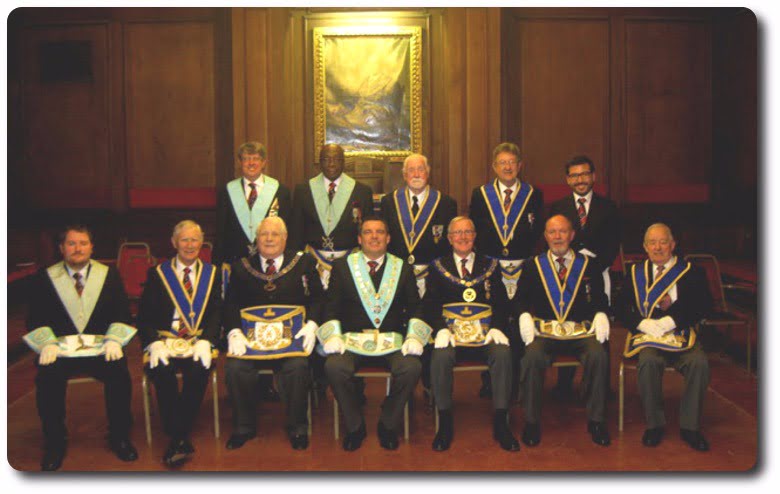 More about Freemasonry in East Lancashire