The Civic Mayor of Tameside, accompanied by WBro John Pearson APGM, surrounded by many of the grant recipients

On Friday 4th April 2016, the Freemasons of Audenshaw and Ashton & Mossley Districts came together to hold their ninth Annual Charity Giving Evening. WBro John Pearson, the Assistant Provincial Grand Master of the Masonic Province of East Lancashire with special responsibility for these Districts was joined by his very special guest, the Worshipful Civic Mayor of Tameside, Councillor Vincent Ricci and also by WBro Peter Douthwaite, the District Chairman for Ashton & Mossley and WBro Gerry Hodson, the District Chairman for Audenshaw. In addition there were well over a hundred other people gathered for the evening, a substantial number of Freemasons being joined by a large number of recipients of Financial Grants, most of which were made by the individual Lodges and Chapters that make up the Southern Area.

WBro Pearson started the evening off by addressing the gathering. He said, “Freemasonry provides members with a unique combination of friendship, belonging and structure, with many masons saying they have made valuable lifelong friendships. 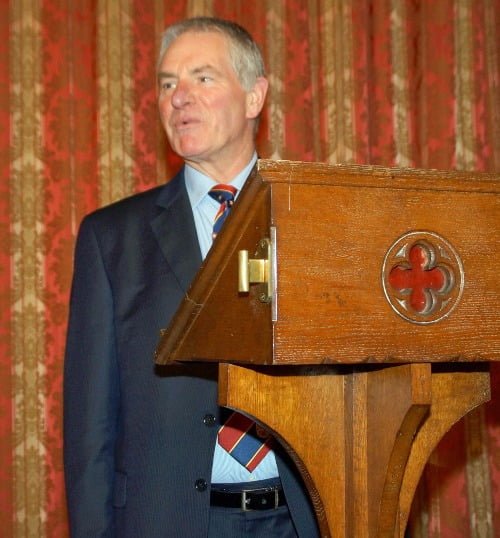 We do look after each other. Last year assistance amounting to £15.5m was provided to over 5000 Freemasons and their dependants in distressed circumstances, across the length and breadth of the country. About £8m of that supported girls and boys at schools, colleges and universities –  and in hospices; £5m went for residential, nursing and dementia care and the balance for medical, dental or respite care. Applicants ranged in age from 6 months to 104 years old. On top of that national support we have our own East Lancashire Masonic Charity which does a similar job, but on a much more local scale.

However, our own Masonic Charities, whether National or Local, also look after the communities in which we live. We place great importance on Charitable Giving. Freemasons are the largest charitable givers after the National Lottery and are also among the very first to make emergency contributions to International Disaster Relief Funds. Charity is not our only reason for existence but it is certainly a most important part of Masonic life – and what a lot of fun we have doing it!

Our new national “Masonic Charitable Foundation” will award grants to registered charities in areas such as education for disadvantaged children and young people, health and disability, advanced medical and social research, hospices throughout England and Wales (you will hear this evening of our grant to Willow Wood Hospice), to air ambulances and rescue services (for example grants this year to all our local Mountain rescue teams who provided invaluable assistance to victims of flooding in Northern England) and to disaster relief appeals. That, by the way, is all in addition to the moneys given away by individual Lodges such as those you will hear of this evening. 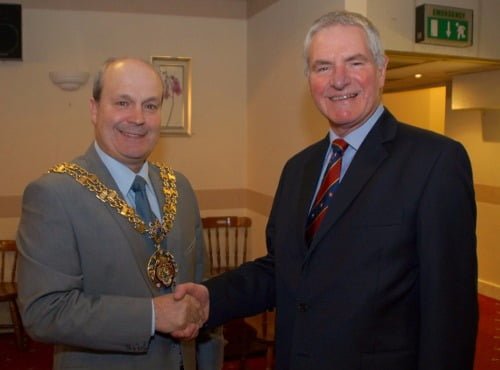 Our Provincial Grand Master, Sir David Trippier, encourages all the Masons in East Lancashire to become even more involved in their communities. He recently said, “In a troubled world which we face today I believe what we need right now is more people to inspire others with confidence and fewer people to discourage any initiative in the right direction. We need more people to get into the thick of things and fewer to sit on the sidelines. We need more who are interested in lighting candles and fewer who blow them out.” Our Grand Master, HRH the Duke of Kent, has said that we need to work towards regaining our enviable reputation in society, to show how and why we are relevant and to concentrate on the positive aspects of Freemasonry, in particular our generous tradition of giving to a wide variety of causes. We have a huge amount to offer to men in our communities.” 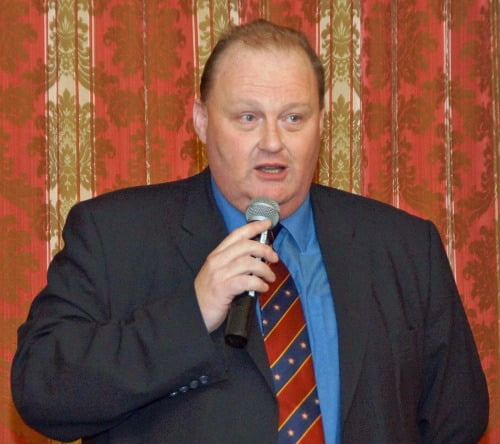 Following on from John’s introduction, the stage was taken by WBro John Cavanagh who acted as Master of Ceremonies. In total, during the evening, the Freemasons of Audenshaw and Ashton & Mossley, through their Lodges and Chapters, gave away more than £34,000.00 to a series of good causes. During the course of the evening we were privileged to see forty local charities and good causes receive donations of between £100.00 and £3,150.00. It is not always the size of the donation that matters, sometimes a smaller amount is just what is needed. A young lady received a donation of £200.00 towards the cost of an educational adventure to Borneo, of course it did not pay for the whole visit but every little donation adds up.

Let us break down what was given. St Peter’s Church Lads and Girls Brigade received £1,000, £700.00 was given between 3 Scout units, and £300 between two Sea Cadet corps. Grants to medical charities are always popular and this year we gave a total of £6000 to nine medical charities, including the Teenage Cancer Trust, the Alzheimer’s Society, Macmillan Cancer Support (towards a Cancer Centre for Tameside Hospital) and almost £2000 to Diabetes UK (most of which came from John Cavanagh who walked the Berlin Wall to raise funds for them.)

However, it is the particular donations that are given to very local Charities that often have an impact well beyond their size. Yes, we gave away some big amounts, but the £3,150.00 that we gave to Willow Wood Hospice was following on in a long tradition of Masonic support, starting when the Hospice was first opened and the Freemasons paid for the Hydrotherapy pool. It is a tradition that we will continue to support. But on the night we heard from a range of local good causes such as the St John’s Church Band, the East Manchester Canal Boat Project for whom we provided a defibrillator, “Our Kids Eyes”, the Fire Fighter’s Charity, Tameside Mind who were given a grant to purchase tools for use in their allotment, Help Harry Walk, the Droylsden Prostate Cancer Support Group and the Tameside Hospital League of Friends. Finally, at the very end of the evening, the two District Chairmen, Peter Douthwaite and Gerry Hodson, presented Councillor Ricci, the Civic Mayor, with £500.00 for his Mayoral Charity. 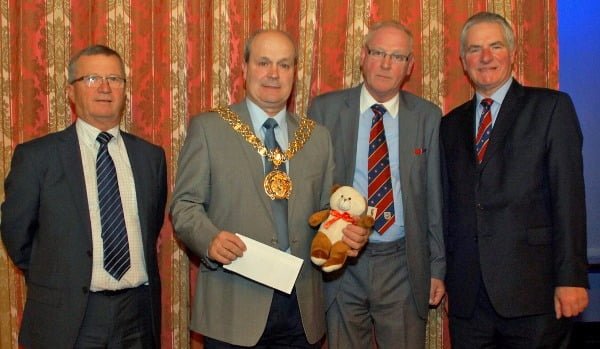 So let us just put it all in context. Last Friday we gave away a grand total of £34,688.00 to Charities and good causes, big and small, national and local. We have been holding this event for the last nine years now, and in that time we have given away a grand total of £429,438.00. Not far short of half a million pounds, given by a total of about 400 Freemasons spread across Audenshaw, Ashton and Mossley. As John Pearson said in his introduction, “I should emphasise that we do not ask for donations from non-masons, although they do support our events and so contribute indirectly.” I think that our record speaks for itself. Well done Brethren, all. 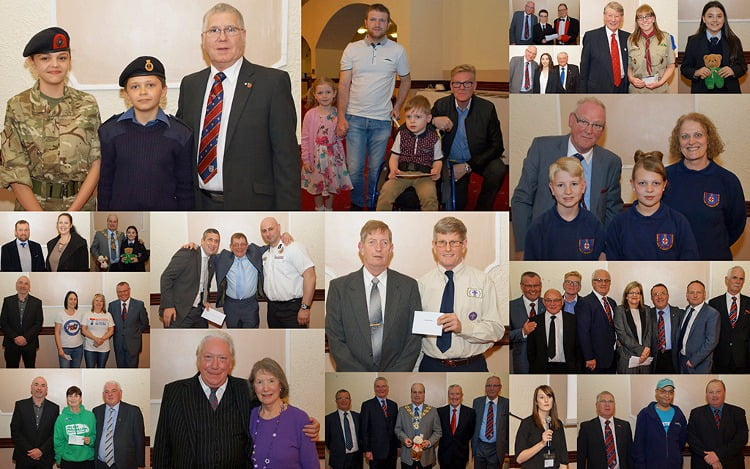 Some of those who received grants during the evening. You can find all of the pictures by following the link below

Please feel free to take, and use, any of the photographs in the Gallery for your own personal use,

but please note that all photographs, and the text of this article, remain the Copyright of ©Kevin Hall and their Commercial use, without permission, is prohibited by law.