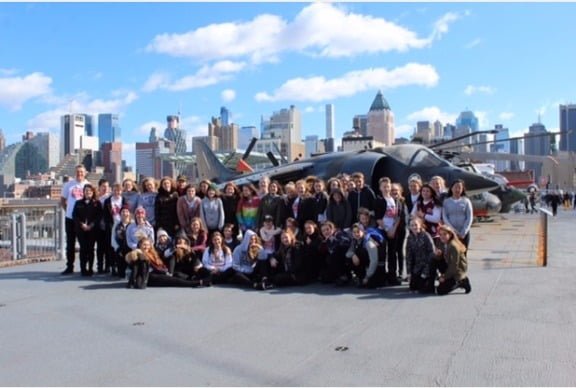 A Dorset Masonic Lodge has supported a local school on a trip of a lifetime to New York.

Blackmore Vale Lodge donated £500 to Sturminster Newton High School to pay for their airport transfers when their choir and band recently went on tour in The Big Apple.

Described as “the trip of a lifetime” by the school, the school choir and band performed in the Empire State Building, on the deck of an aircraft carrier and visited many landmarks in the city.

The donation from Blackmore Vale Lodge helped the school put on a trip which saw new friendships formed and gave the students a chance get to see staff in a completely different light.

The school’s Head of Music, Mr Clarke, said, “Our choir and band are like a family but touring always brings us even closer together. On behalf of all our students, thank you so much for your donation.”