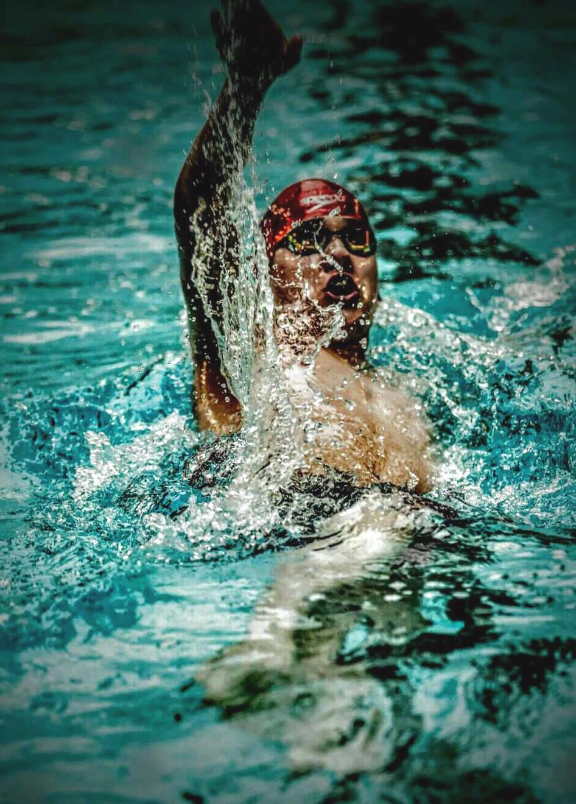 A YOUNG Wirral swimmer’s campaign to raise funds to take part in the 23rd Deaflympics later this year has been boosted with a £500 donation from Wallasey Freemasons.

Nathan Young, from Wallasey, is among the 12-strong Great Britain team taking part in the games which open in Turkey later this year on July 18.

The 17-year-old needs £2,500 to get there and he hopes our readers can help him raise the cash.

He is profoundly deaf as a result of a genetic condition which has seen his hearing deteriorate rapidly since being diagnosed as a toddler.

Nathan holds a number of GB Deaf Swimming records and his most recent achievement was at the North West Regional Champs last month when he gained a GB National Youth record in 50 Backstroke and a English National record in 50 Freestyle.

In 2015, he took part in the World Deaf Swimming Championships in Texas.

In April he will attend the GB Deaf Swimming Club Championships in Loughborough followed by the Deaflympic training camp.

This will give him chance to meet up with his fellow team mates and train under the guidance of the GB Deaf swimming coaches.

He trains with City of Liverpool Swimming Club which gives him the opportunity to train in a Long Course pool (50m) at least 14 hours a week.

Jeff Cunningham, president of Cheshire Freemasonry, told the Globe: “When we read about Nathan’s place in the Deaflympics we wanted to do our bit to help and were proud to make this donation.

“We’d like to wish Nathan all the best for his future endeavours for the Deaflympics in Turkey and the very best for the future.

“I’m really glad that we have been able to help someone local to the area.”

Mum Lisa told the Globe: “I’d like to thank the freemasons for this fantastic donation. It will certainly boost our funds.

On Nathan’s place in the Deaflympics, Lisa continued: “We are immensely proud of Nathan for this amazing achievement.

“Nathan will be required to self-fund this trip which is estimated to cost £2,500.

“The Wirral Globe readers took Nathan to their hearts last year when he was chosen to represent GB at the World Deaf Swimming Championships in Texas.

“The donations and letters of support I can honestly say left us very humbled.”

In 2014, Nathan underwent a double cochlear implant operation as his deafness had meant life was becoming very isolating and Nathan was unable to socialise, listen to music, go to the cinema or talk on the phone.

“With swimming you don’t need to be able to talk to people – swimming is Nathan’s ‘normal’ like everyone else.

“Despite everything Nathan has been through, he lives life as though it’s a journey.

“Millions of people struggle with deafness and we believe Nathan is a true inspiration.”

Anyone interested in sponsoring him or making a donation should send a cheque made payable to Nathan Young to the Globe’s offices at:- Wirral Globe, Haymarket Court, Hinson Street, Birkenhead, CH41 5BX.