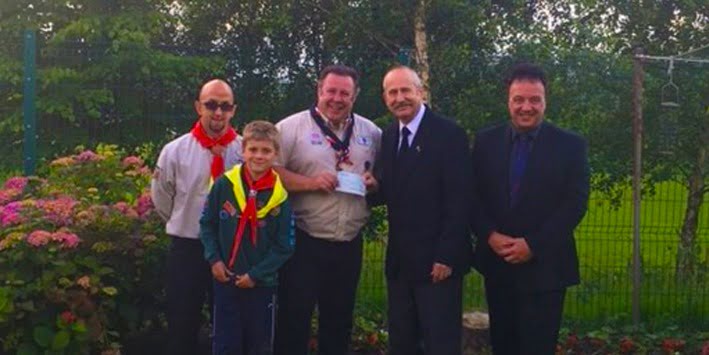 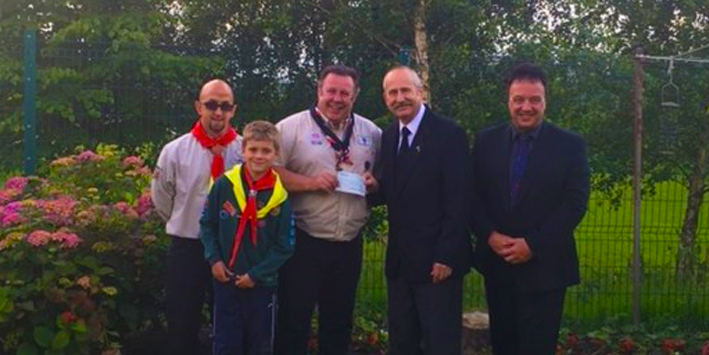 A cheque was presented on Wednesday 13th July 2016 by WBro John Waddington of Royal Edward Lodge No 1088, from the Area 4 community grant scheme, to match funds raised by the lodge. John informed us that several lodges from Dukinfield had contributed, which financially assisted the scouts to travel to Blackpool, enabling them to join their 100th  year celebrations.

District Commissioner Ellershaw expressed his sincere thanks on behalf of the scout movement for the generous assistance given by Area 4 Freemasons.