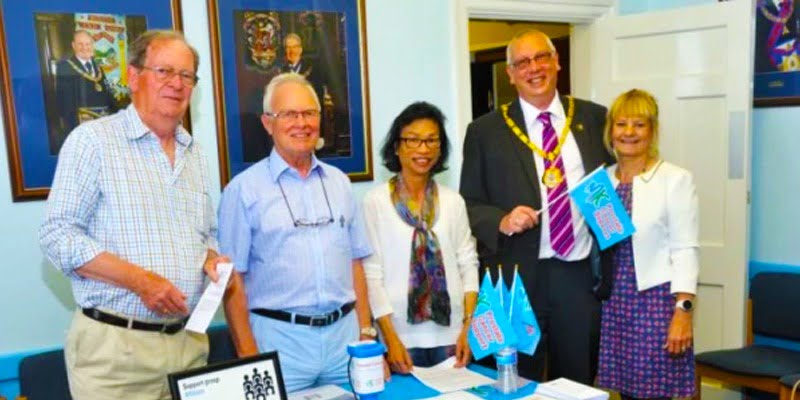 The initiative was started in 2015 by Bucks Freemasons, and has now seen several hundred men in the county tested, with some of them having follow-on checks after receiving their PSA results.

During the day 117 visitors were tested.

The event also gave local residents the opportunity to chat with members and their wives and to find out more about the charitable work that is done by Bucks Freemasons for their local communities.

The Mayor was shown a display highlighting the £88,000 that Bletchley Freemasons had raised during the past year which went to local charities.

Mike Stimson, former Deputy Head of Freemasonry in Buckinghamshire, said: “At 117 tests, we have broken the record number of tests carried out at any of our centres.

“It is a vital service and has already proved its worth with several men being treated for potential life threatening illness in good time.

“It is also one of the many and varied ways in which Buckinghamshire Freemasons’ core values of Friendship, Integrity and charity are used to benefit every member of our community.”