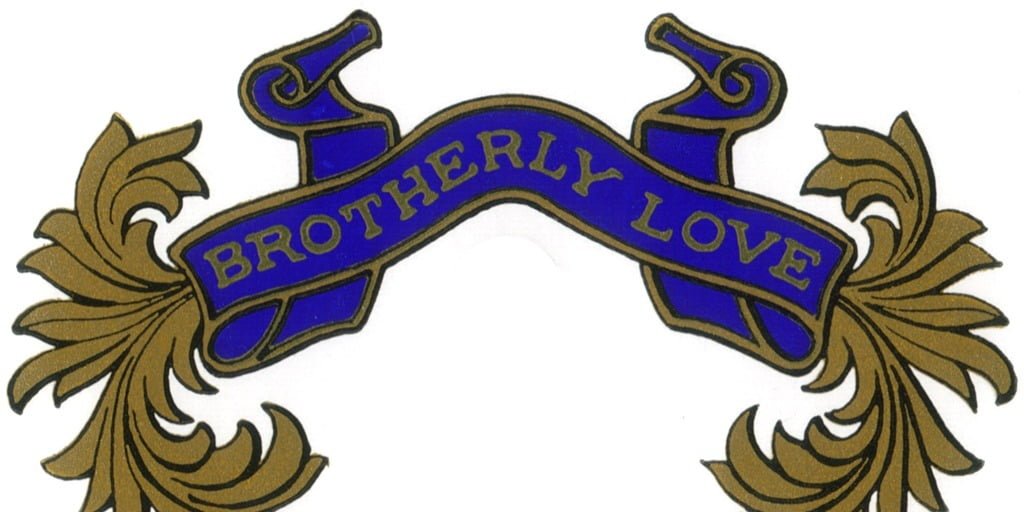 The Battle of the Somme produced more than one million casualties. Director of the Library and Museum of Freemasonry Diane Clements marks the masons who fought for freedom

The centenary of the first day of the Battle of the Somme on 1 July 1916 will be marked this summer. On that single day there were almost 60,000 British casualties, most of them before noon, of whom nearly 20,000 died.

As the regular army had been largely destroyed by the end of 1914, the soldiers who fought on the Somme were Kitchener’s volunteer army, the best the nation had to offer, but inexperienced in battle. A few months earlier most had been working in factories, offices and fields and many had joined up with friends from their local areas.

The offensive on the Somme was launched to support the French army and was intended to draw German manpower away from Verdun. This meant that British troops were moved south from Flanders to north-east France.

Initially, the move was regarded as positive by the soldiers, as switching from clay to chalk soil meant they had a better chance of keeping dry. The British advance was preceded by seven days of artillery bombardment, which proved ineffective in damaging the barbed-wire barrier erected by German troops.

By the time of the battle, the method of centrally recording masonic losses had been established. Lodge secretaries were asked to record on special Grand Lodge forms the names of brethren known to have died. These were used to compile a Roll of Honour with name, military rank and masonic rank published each year in the Masonic Year Book. Modern research, checking these names against military records, has identified at least 25 masonic casualties during the period of the battle.

Manchester businessman Charles Campbell May was one of several Freemasons who died on the first day. Born in New Zealand, he had served six years with King Edward’s Horse (The King’s Overseas Dominions Regiment) before 1914 and then founded a volunteer unit at the outbreak of war. Charles was a member of King’s Colonials Lodge, No. 3386.

The Somme drew on the resources of the whole British Empire, and among the casualties was Eric Ayre, from Newfoundland, who was a member of Whiteway Lodge, No. 3541. His brother Bernard and cousin Wilfred were also killed. The head of a wooden gavel, now in the Library and Museum collection, was made from an abandoned German rifle by New Zealand troops, who claimed to have used it at masonic meetings on the Western Front.

Roby Myddleton Gotch had just qualified as a solicitor when war broke out. He had joined Apollo University Lodge, No. 357, while at the University of Oxford in 1910 and later joined Nottinghamshire Lodge, No. 1434. Described as ‘one of the coolest and bravest of officers’, Roby was killed as he helped to lay a telephone wire close to some German barbed wire.

Around 750 former pupils of the Royal Masonic School for Boys served in the war. Of these, 106 were killed, as well as six masters. In 1922, Memorials of Masonians Who Fell in the Great War was published with biographical details of each casualty. Among them was George Sutton Taylor, a fish merchant who had enlisted with the 10th Battalion Lincolnshire Regiment, the ‘Grimsby Chums’, in 1914. He always declined any promotion so that he could stay with the friends he had joined up with.

‘He always declined any promotion so that he could stay with the friends he had joined up with.’

Another Old Masonian casualty of the Somme was Cyril Young from London, a 20-year-old clerk with the Metropolitan Asylums Board. His platoon was among the first into battle on the first day. The Company Sergeant-Major wrote to Cyril’s mother soon after leaving for France in July 1915: ‘I did my utmost to dissuade him from volunteering so soon because of his youth, and he seemed such a nice chap that it made me think he probably left aching hearts behind him. Still, he was so keen on doing his little bit, as we all are, that I could not refuse him.’

Possessed of a fine swerve and a great turn of speed, Thomas Kemp had played for Manchester Rugby Union Club and Leigh Cricket Club as an amateur while pursuing a career in accountancy. When the war broke out he was working in Chile but travelled home to volunteer in the Manchester Regiment. The secretary of his lodge, Marquis of Lorne Lodge, No. 1354, was among those who sent condolences to his parents.

In a later phase of the battle, Eugene Paul Bennett, a lieutenant in the Worcestershire Regiment, led an attack on the German trenches despite being wounded and when most of the other officers had been killed. He was awarded the Victoria Cross for saving his battalion and capturing the enemy line. On his return, Eugene became a Freemason, joining the Lodge of Felicity, No. 58, in London in 1922.

In July 1932 the Thiepval Memorial was unveiled by the Prince of Wales. Designed by Sir Edwin Lutyens, its arch represents the alliance of Britain and France in the offensive. The village of Thiepval had been one of the objectives of the first day of the battle, having been held by the German army since September 1914. It was finally captured by the British at the end of September 1916 and will be the focus of the centenary commemoration.