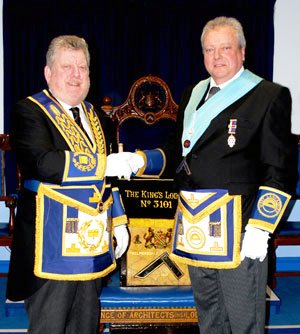 The brethren and guests of King’s Lodge No 3101 gathered at Litherland Masonic Hall, for their installation ceremony to see Gary Thornhill be proclaimed as worshipful master for the second successive year and for his fourth time in the chair in the lodge.

The ceremony was greatly enhanced by the presence of the Bootle Group Chairman Ian Gee as the principal guest, in his last visit as the group chairman before he retires from the position.

Gary warmly welcomed the brethren and the visitors before proceeding to open the lodge. Once the lodge business had been completed, the lodge DC announced Ian Gee was without and sought admission; Ian was then brought into the temple in a procession, accompanied by grand officers Howard Jones, Fred Wright, Ron Elliott and Arend van Duyvenbode.

Once the grand officers were seated, Gary was proclaimed master of the lodge according to ancient custom, with dignity in an excellent ceremony. The address to the wardens was given by Kenneth Bradley and the address to the brethren by Ian Gee with his usual flair.

Ian then brought congratulations on behalf of the Provincial Grand Master Tony Harrison. He said that if Tony had been present he would have congratulated Gary, also he would have thanked him for taking office for a second year and for all the hard work he has given to the Bootle Group. Ian also said that Tony would wish for Gary to enjoy and have another great year in the chair.

Continuing, Ian said: “If Tony was here, he would have congratulated the lodge’s director of ceremonies Kenneth Bradley for the way he performed the installation and also the brethren of the lodge.”

The ceremony now being complete, Gary presented Ian with two cheques on behalf of the lodge brethren, £600 for the West Lancashire Freemasons’ Charity and £200 for the Litherland Masonic Hall. Ian on behalf of the recipients thanked the brethren for their generous donations.

With the lodge closed in perfect harmony, the brethren made their way to the dining room for an excellent festive board. At the festivities, Ian gave Gary his own congratulations and hoped that he would have a very good year in the chair.

Ian said that retiring as group chairman: “I have been a group officer for 12 years, four of those as group chairman and eight as the vice chairman, I have enjoyed it on the whole and an evening like this has made it all worthwhile.” Ian wished the worshipful master all the best for the year and said that he looked forward to next year when he could return again to King’s Lodge as a visitor.

During the festive board a raffle was held, raising £101 to be donated to the Litherland Masonic Hall at a later date. With the evening coming to an end a presentation of a bouquet of flowers was made to Ian, on behalf of the lodge brethren, for his wife Gloria. The lodge also presented Ian with a bottle of spirit. A very enjoyable evening was had by all. 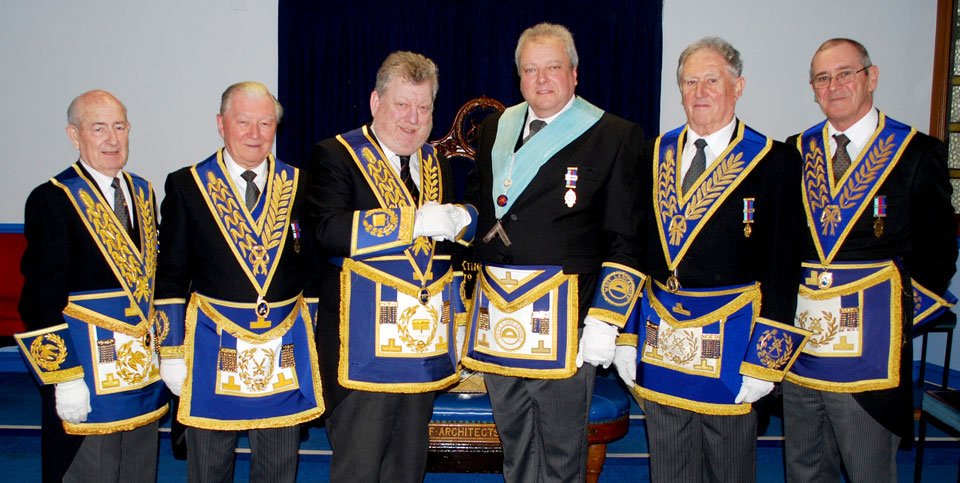