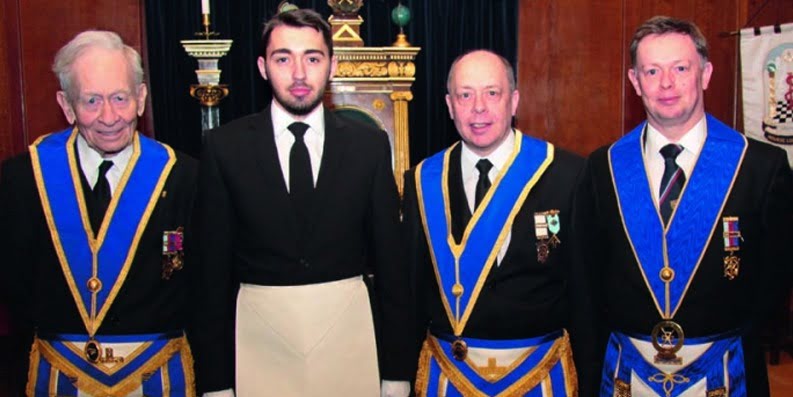 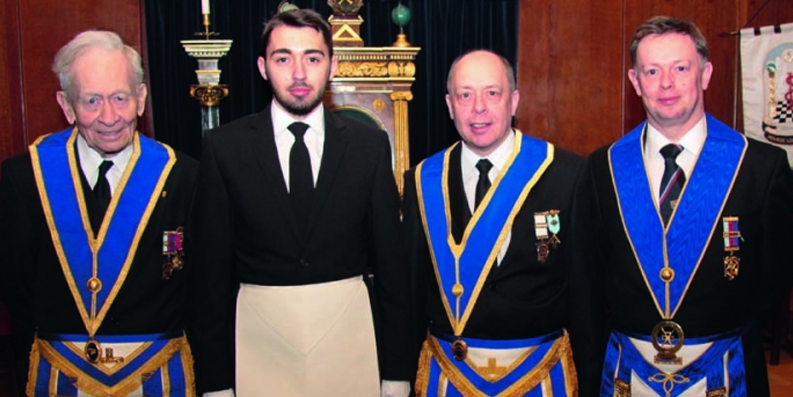 Four of a kind in Cambridge

It was a red letter day for Nourse Lodge, No. 8590, which meets at Cambridge, when it saw its second successive double initiation ceremony during the year. The occasion was particularly significant as it also marked the entry of a fourth-generation mason, conducted by three of the family.

Charles Goodwyn was the initiate, while his uncle Nick conducted the ceremony with his father Roger and grandfather Graham assisting. The fourth generation of the family, Norman Watson, was unable to be present but sent a message. Among the guests on this special day was Cambridgeshire PGM William Dastur.

To find out more about Freemasonry in Cambridgeshire you can visit their website at https://www.pglcambs.org.uk/