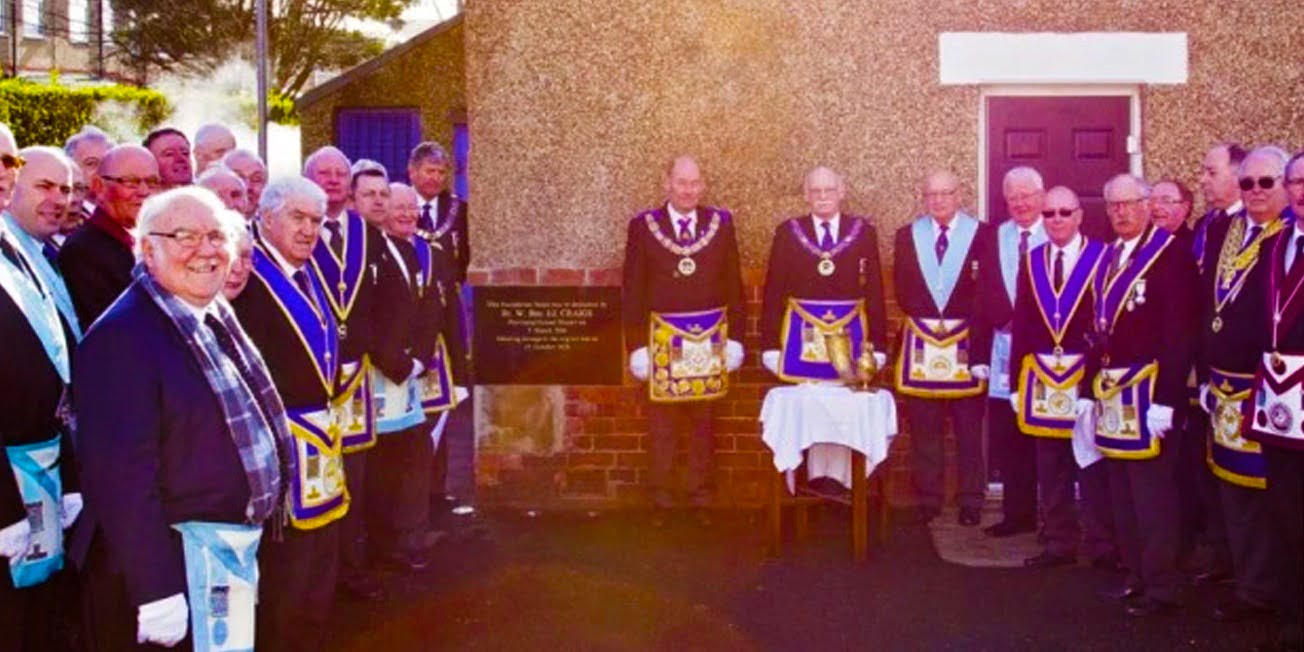 The rededication ceremony at the Masonic Hall, Ashington. Picture by Andrew Newson

A ceremony was held at the weekend to rededicate a foundation stone damaged by fire.

The stone was laid at the north-east corner of Ashington Masonic Hall in October, 1928.

But it was badly damaged last summer when nearby wheelie bins were set alight.

The stone has now been replaced and a special ceremony was held on Saturday to mark the occasion.

The building, in John Street, is a purpose-built Masonic hall. As well as lodge meetings, it is also used by the community.

Provincial secretary Brian Rudd said: “It was a great day, very well received by everybody. It is sad that we had to do it, under the circumstances, but hopefully the stone will be there for the next hundred years.”

Next year marks the 300th anniversary of Freemasonry in the United Kingdom.