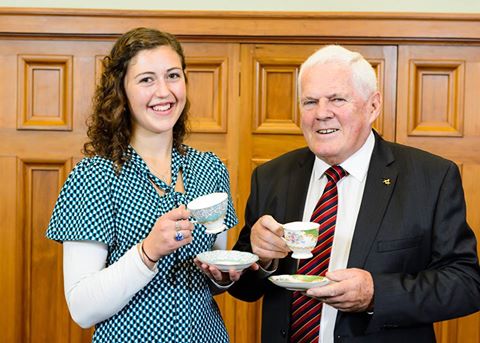 A project on more efficient ways to use phosphorous has earned a former Pleasant Point woman a $6000 Freemasons’ scholarship.

“Phosphate rock, which is what we use for fertiliser, that’s going to run out in the next 50 to 100 years,” Steven said.

“If we do run out of phosphorous, then New Zealand would face major challenges. We have to find a solution, it’s paramount.”

Steven said between 75 and 95 per cent of phosphorous fertiliser applied to soil became locked up in the soil and was unable to be used.

“That’s a huge inefficiency from an economics point of view.”

Rather than applying more to meet plant requirements, the project focused on ways to unlock the resource and make it available.

The mineral, which is essential to agriculture, is mined in Morocco and shipped to New Zealand to be made into fertiliser, Steven said.

Steven will finish her experiments within the next few weeks, and will hand her dissertation in by the end of November.

Her work will also be contributed to that of a PHD student.

Winners were selected because of their high level of academic ability and commitment to the local community, Hicking said.

The scholarships were presented at Parliament on Wednesday 25th May 2016.