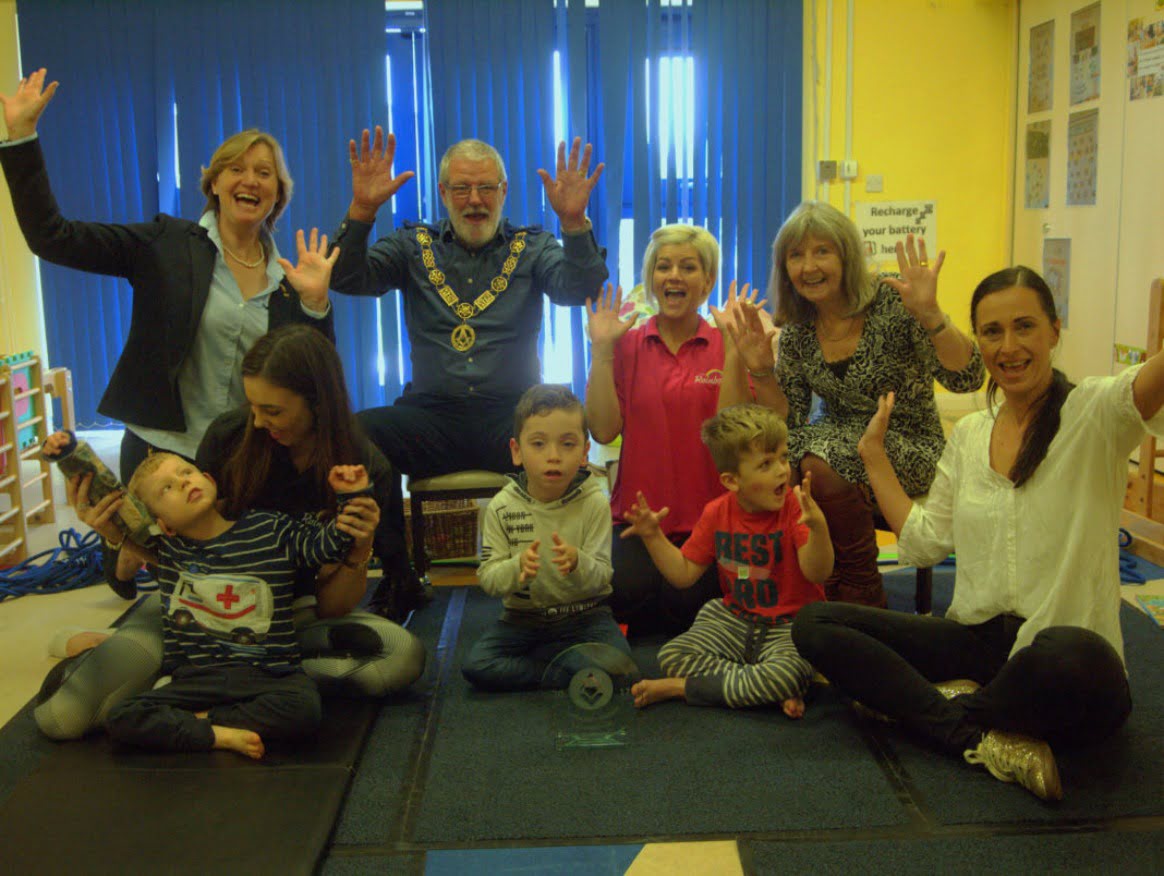 Hampshire-based charity The Rainbow Centre received a £25,000 donation from the Freemasons after winning a public vote.

The funding came through the Masonic Charitable Foundation (MCF), which asked the public to vote for their favourite good cause.

Seven charities across Hampshire and the Isle of Wight were chosen to receive grants of between £4,000 and £25,000 – with The Rainbow Centre receiving the highest amount.

The centre in Fareham inspires and supports children and adults with cerebral palsy as well as adults with multiple sclerosis, Parkinson’s disease, and those who have suffered strokes and head injuries.

It also helps their families and works with people from a wide area – across  Hampshire and as far afield as Surrey, the edge of London, the Isle of Wight, Poole and Chichester.

Lara Bull, the charity’s chief executive, said: “With so many great charities in the region we were honoured just to have been chosen to go into the public vote.

“With our attendee numbers growing we have naturally had to build our team of conductor-teachers.

“It is wonderful to be supporting more people but that has added to costs and winning the masonic vote will help with that growth; £25,000 will make a huge difference.

inspired others to vote – thank you to all of our supporters, new and old.”

Mike Wilks, Provincial Grand Master for Hampshire and Isle of Wight Freemasons, said: “We are proud to support so many charities across Hampshire but in this special 300th anniversary year the Masonic Charitable Foundation wanted to involve the public as well as our local Freemasons in deciding which of the nominated charities should benefit most.

“The Rainbow Centre is a wonderful charity, making a real difference.”

The Rainbow Centre has been providing vital Conductive Education to children with cerebral palsy for 26 years and since 2007 has developed a service for adults.

It is presently supporting 49 children and 49 adults, from six months old to 70-plus years, with the service continually growing.

The sessions aim to improve the quality of life for individuals attending The Rainbow Centre by working with their families and carers and building independence through key skills such as speech, sitting, standing, walking, co-ordination, balance and fine motor skills.

The MCF had a £3m pot to share among 300 charities across the country and it was organised to celebrate the Tercentenary of the formation of the first Grand Lodge, in London.

The Rainbow Centre is recognised regionally for its excellent work and the tremendous impact it has made on people’s lives. The centre is associated with a number of educational accolades recognising the quality of its teaching, which is reflected in its’ under 5’s programme being recognised by Ofsted as “Outstanding” and is linked to the Early Years Foundation Stage programme.

For further information or photography, please contact Yvonne Campbell – Fundraising Manager on 01329 289500 or