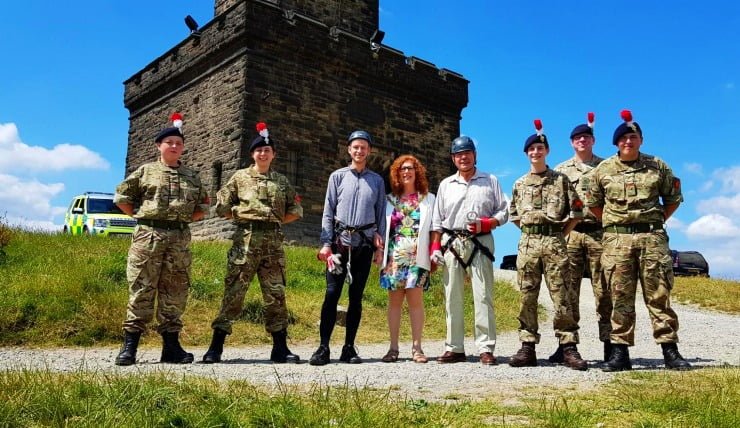 The Young People’s Committee of the East Lancashire Masonic Charity (ELMC) have raised over £8,500 for a number of children’s charities through a sponsored abseil challenge at Peel Tower in Bury

In total, 77 people completed the abseil challenge on 7th July 2018 including the Provincial Grand Master of East Lancashire and President of the ELMC Sir David Trippier.

It quickly grew into an event to showcase the support that the ELMC and the Masonic Charitable Foundation (MCF) has given locally and nationally to children’s charities. The MCF has recently donated to East Lancashire-based young persons’ charities including Bolton Young Persons Housing Scheme and Salford Foundation, which provides targeted intervention for young people.

Many of the participants chose to donate their sponsorship monies to the ELMC, which will be used to support its causes, including the Young People’s Committee.

It is envisaged that the amount raised will be in excess of £10,000 through outstanding sponorshop money and gift aid.