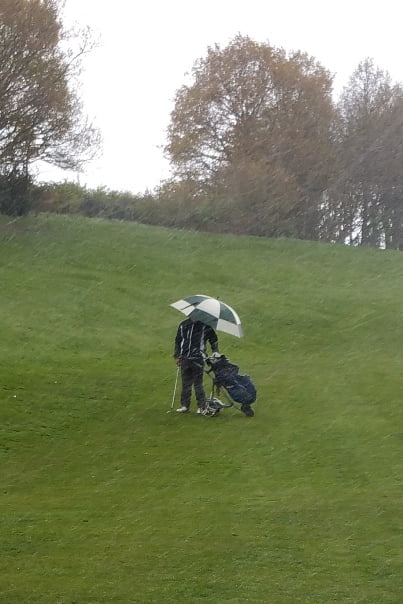 On 26th April the golfers of East Kent, armed with passports, travelled north of the Thames for the annual challenge match for the Russell John Race Claret Jug, this year hosted by Metropolitan Grand Lodge at West Essex Golf Club, Chingford.

Under threatening skies interspersed with occasional glimpses of the sun, the teams had to contend with gusting winds and occasional rain, along with intermittent sleet and snow showers as well as a course that, on the day, was a tough test of golf.

The keenly fought match, played in the best of spirits, resulted in a draw which meant the East Kent golfers retained the Russell John Race Claret Jug for the fourth successive year.

The guest of honour at the post-match dinner was Chris Frankland, Deputy Metropolitan Grand Superintendent. On presenting the Claret Jug to East Kent captain, Keith Hodgson, Chris congratulated the East Kent golfers on retaining the trophy.

In response, Keith thanked the Metropolitan team for their hospitality and said he looked forward to renewing rivalries in 2017. 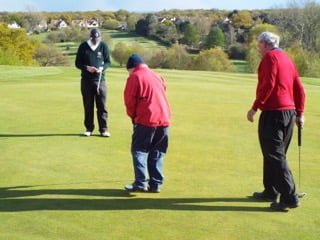 Finally the sun comes out to welcome Peter McKay and Peter Knott as they close out their match on the 18th green. 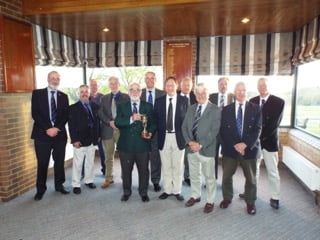