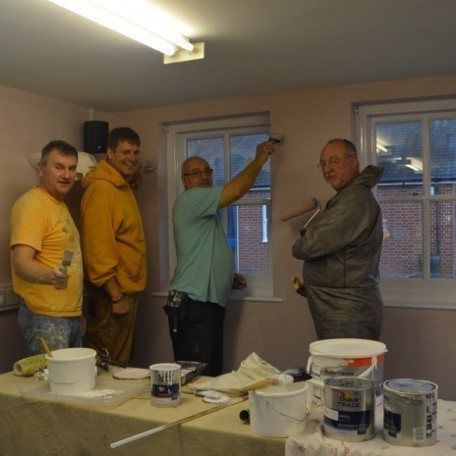 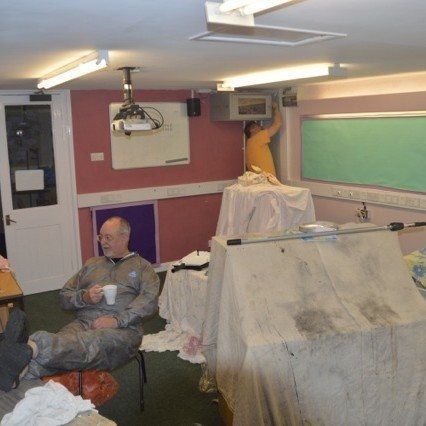 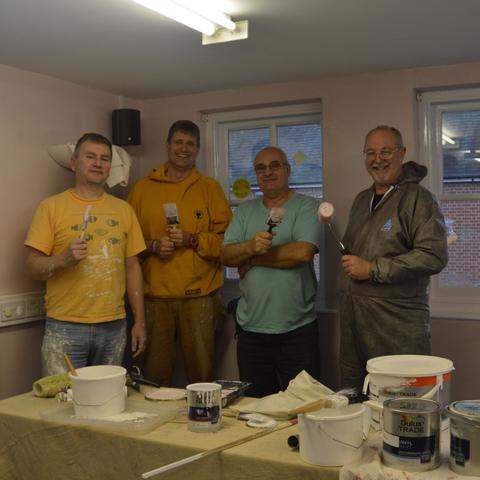 300 hours for 300 years is the initiative launched by Bro Stephen Bridge APrGM in support of the Tercentenary of United Grand Lodge and When members of Downton Lodge Lodge No. 9064 heard that a local primary school was in need of support their members were quick to offer their help.  Several members gave eight hours each and helped to redecorate one of the classrooms of Downton CE Primary School a fitting contribution to 300 hours for 300 years

Wearing their best decorating clothes and equipped with obligatory brushes and rollers the Downton Lodge painters approached the task with the enthusiasm of budding Michelangelo’s. Fortified only by regular cups of tea and copious amounts of doughnuts kindly supplied by the Master, Robin Neave they completed the job over a weekend.

The school is one of the principal community focal points in Downton and Alison Small the head teacher was extremely grateful for the Lodge’s offer of assistance, the donation of all the paint used and the finished product.”  I reckon the pupils were pleased to return to their newly decorated classrooms and a fresh start to a new school term.

We particularly liked the picture of the chief overseer Richard Hallin who ‘cracked the whip’ – yet somehow managed to avoid any real work whatsoever, clearly a Freemason destined for a grand rank.

Stephen Bridge – Assistant Provincial Grand Master who leads for the Province on the Tercentenary Celebrations said – “I really am very proud of the efforts of the Downton Lodge No. 9064 not just to achieve their 300 hours but more importantly to show how Freemasons can make a significant contribution in their local communities.  This wonderful act of kindness will be remembered by Downton CofE Primary School for many years – well done”