The winning team from Military Jubilee Lodge No 2195.

Freemasons in Dover had to sharpen their minds and pencils for the annual inter-lodge quiz night held at the Dover Masonic Hall on the 30th May.

The event encourages friendly inter-lodge rivalry and was started in 2002 by Frank Robinson during his year as Master of Military Jubilee lodge. It is open to both Freemasons and non-Masons alike and their families, and is supported by the lodge social committee and Charity Steward.

Frank Robinson opened the evening’s proceedings with a warm welcome and a special mention of the prizes and the much-coveted winner’s trophy.

Frank was supported by his good lady Christine (the Ann Robinson of Dover) who writes most of the questions from scratch and enjoys trying to find interesting rounds which this year included, ‘Celebrity Chefs’, ‘James Bond themes’ and a ‘something fishy’ round!!

Following a tie-break question with Peace and Harmony Lodge, the winner of the quiz trophy was the team from Military Jubilee Lodge.

But the true winner was the ‘I Care Foundation’, part of the Kent Community Health Charitable Fund, which received £520 raised by the evening’s event. This charity, which provides outreach services, personal care and support to people with terminal illnesses, was nominated by Colin Hurst, Master of Military Jubilee Lodge.

Afterwards Frank said: “The turnout from local Masonic lodges was excellent and the quiz as always was an overwhelming success.  It’s fair to say there was some healthy competition throughout the rounds but an enjoyable evening was had by all.” 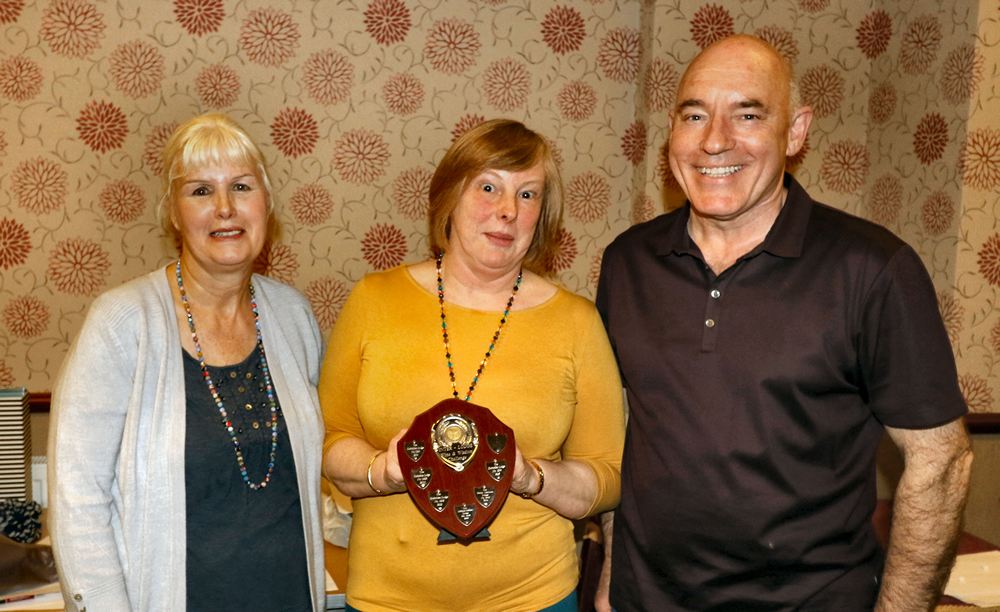 Christine and Frank Robinson with Sue Prescott from the winning team