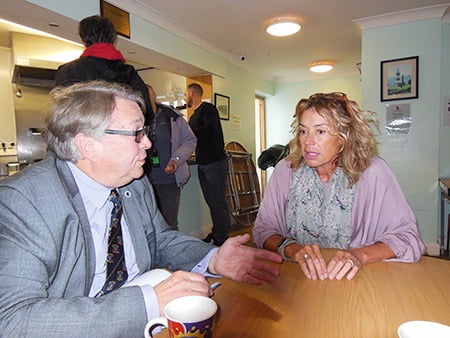 A Plymouth charity helping homeless women have been given a £40,000 boost from Devonshire Freemasons.

The Shekinah charity sees between four and six women every week who are homeless or at risk of homelessness.

Many of the women supported by Shekinah are fleeing violence, or have disabilities, mental health problems or issues with drugs and alcohol. Other women are “hidden homeless” who feel they have to stay in abusive relationships rather than face living on the streets.

An estimated 30 percent of female rough sleepers have been sexually assaulted in the past year and 60 percent have been intimidated or threatened with violence.

Shekinah offers a range of services, including counseling, education, training, employment and advice on benefits and housing. Most importantly, the charity provides a safe space and listening ear for homeless women to discuss their problems.

The project worker will directly support the town’s homeless women and help them access Shekinah’s services. The worker will also help Shekinah and its partner organisations better understand how we can make services easier to access for some of the Plymouth’s most vulnerable women.

The grant from Devonshire Freemason comes through the Masonic Charitable Foundation, which is funded by Freemasons, their families, and friends from across England and Wales.

“We are delighted to be able to help Shekinah who provide vital support for homeless & endangered women, an especially neglected group in our community.”