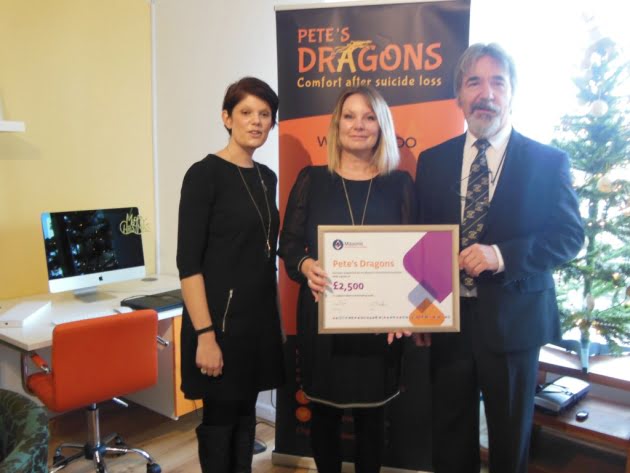 An Exmouth based charity which helps people bereaved by suicide has received more than £4,000 from the Freemasons of Devonshire.

Earlier this month Pete’s Dragon received a grant for £2,500 from the Masonic Charitable Foundation (MCF), given on behalf of all the 5,500 freemasons in Devon.

On November 23 the charity received another grant of £1,500 from the Wake Fund, a Masonic trust fund which makes donations to good causes by-annually throughout Devon.

In addition the Sun Lodge, which meets in Exmouth, donated another £300 to the charity last week.

The charity was founded by Alison Jordan after her brother, Pete Wicks, took his own life in 2010 at the age of 24.

Pete’s Dragons are currently supporting nearly 200 individuals who have been bereaved by suicide.