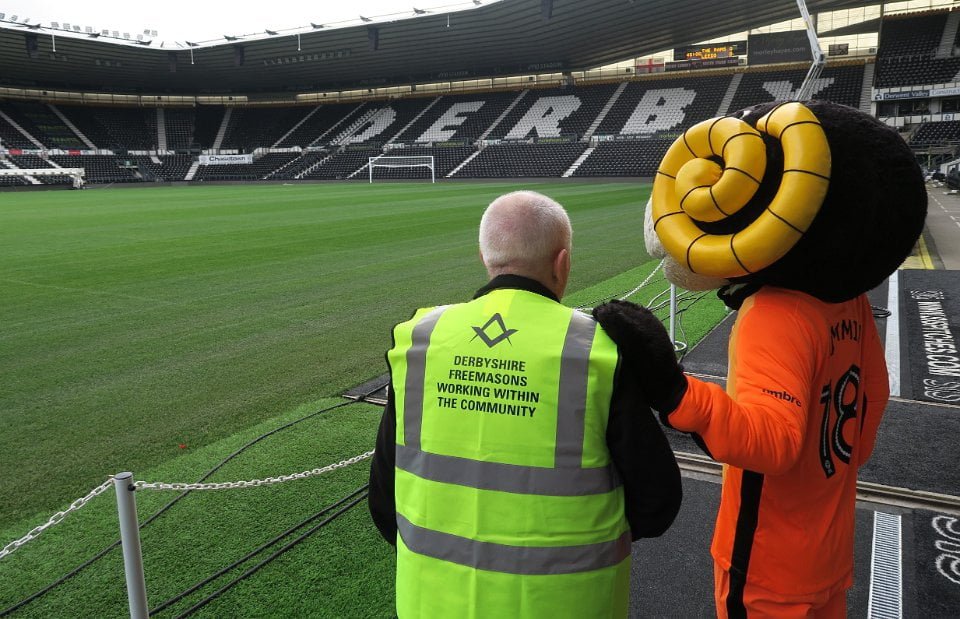 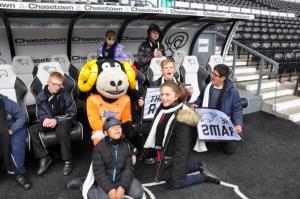 Derbyshire children with special educational needs and disabilities enjoyed a great day out at the iPRO Stadium on Tuesday 11th October.

Derby County Football Club provided three stadium tours during the day and an exciting insight behind the scenes of a major football club. Access to all areas was allowed including the home & away dressing rooms where many famous players had gone before.

Rammie the club mascot made a guest appearance to the screaming delight of the children who couldn’t resist cuddling him during a photo session. 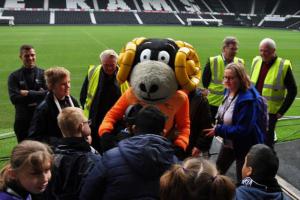 The Derbyshire Freemasons Provincial Grand Charity who organised the event provided coaches to safely transport the children to and from St Andrews Special School at Breadsall.

The Chairman of DCFC Mr Mel Morris personally donated a club scarf to all who attended which was greatly appreciated.

To see the best part of 400! photos of the St Andrews children enjoying themselves make sure you clickhere