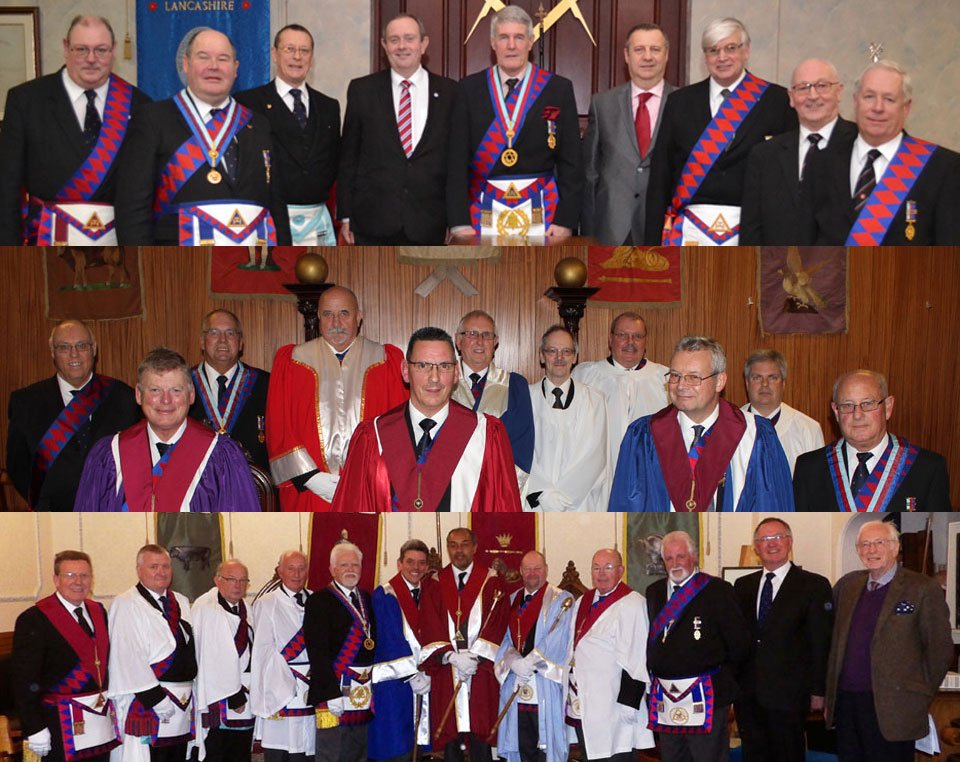 As we approach the end of the 2015/16 season in Freemasonry and in our particular case in the Royal Arch.

I was delighted to see so many companions at Provincial Grand Chapter and an equally packed dining room. I believe the Southport Theatre and Convention Centre is a great venue for all, and I thank you for your support of the 129 companions who received their first appointment or promotion in Provincial grand rank. I sincerely hope you all enjoyed the day.

As you are all aware there are three long serving senior officers who retired from office: Peter Elmore, Stanley Oldfield and Ian Higham. I would again like to thank them for their wonderful service to the Province. In particular I wish Peter a swift recovery to his full health and Stanley a happy retirement.

Tony reiterated my delight at the number of demonstrations of the ‘Enhanced Exaltation Ceremony’ which have proved very popular across many chapters with many now taking on board the suggestions to add more theatre to the exaltation ceremony to the benefit of new candidates and indeed to those who are already Royal Arch Masons.

Some of the companions who took part in the demonstrations of the ‘Enhanced Exaltation Ceremony’.