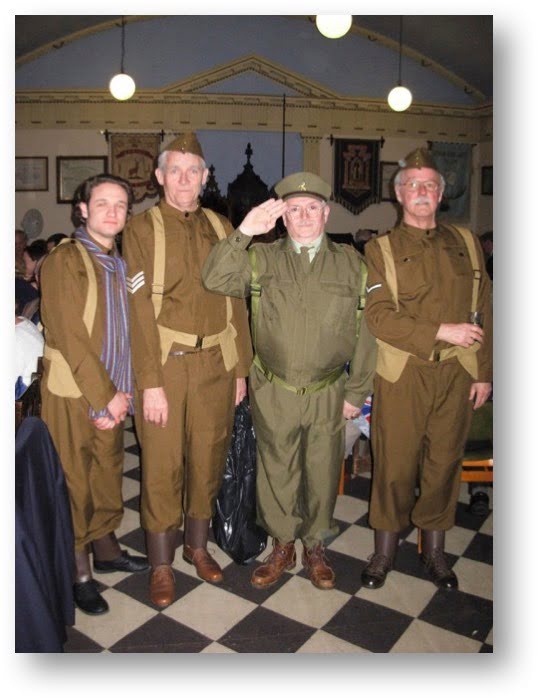 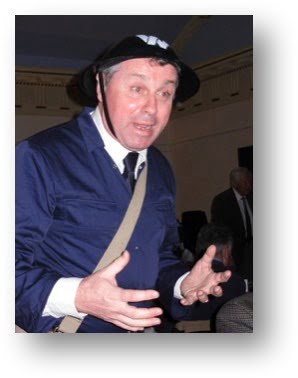 The Somerset seaside town became Walmington-On-Sea for an evening of Dad’s Army themed entertainment provided by the Moonstone Theatre Company before, during and after the three-course dinner which was held in the Bancks Street temple in order to accommodate the sell-out event.

The players went amongst the diners and engaged them in much unscripted banter, as well as scripted acts so as not to interrupt dinner proceedings.

Some revellers observed the invitation’s request and wore 40’s Forces and civvy garb. Their presence added to the fun and atmosphere of the evening.

This is the third time that the Moonstone Theatre Company has entertained our troops in Minehead. They have enacted a murder mystery evening and also a comedy Allo’ Allo’ event, both of which were equally well received by the brethren, partners and guests from Minehead and other local Lodges.

If you fancy holding a masonic fundraiser with a difference, contact them at

you won’t be disappointed!

The Dad’s Army evening, which was organised by W.Bro.Paul Cullum of St Bernard Lodge and his wife Shirley, raised a substantial amount for both Minehead Lodges reigning Master’s nominated local charities CLIC and the Children’s Hospice South West, as well as for the Minehead Masonic Hall Co.

The brethren and guests of Exmoor and St Bernard Lodges thank Paul and Shirley for organising such an entertaining and successful charitable evening.