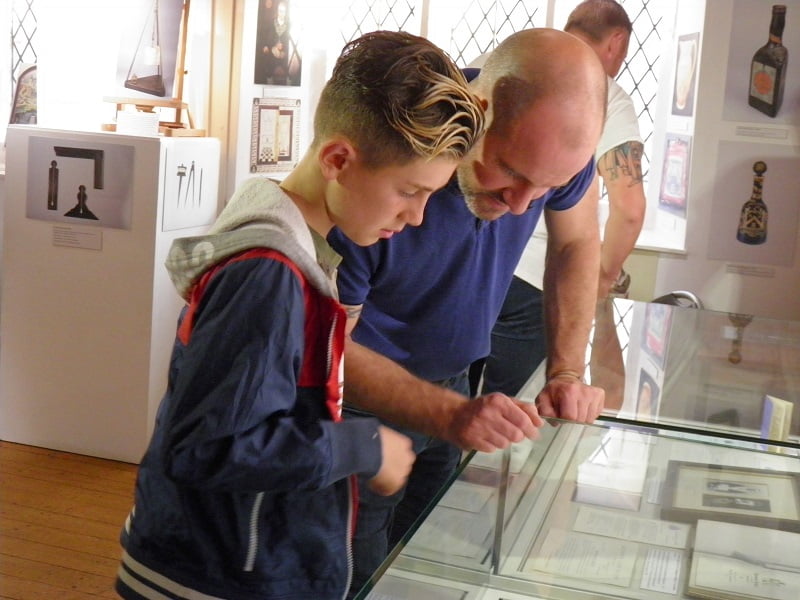 On Friday the 2nd June the East Lakes Group opened its exhibition to the public to mark the Tercentenary of UGLE. the public opening was preceded by an open evening on Friday 2nd June for Masons and their family and friends. The Friday proved to be a perfect summers evening and the event was well attended by many brethren and family including kind support from the Provincial Grand Master and Mrs Thompson; who had spent a long day overseeing the start of a charity coast to coast bike ride from Masons from County Durham.

Penrith Museum kindly remained open until 830pm so brethren could enjoy the exhibition the Masonic Hall was also open serving drinks and a supply of sandwiches we on hand for all and the evening proved to be a great success. The following day the exhibition was opened and has proved to be of great interest to the public. The Masonic Hall was open to the public as well as the presence of the Provincial trailer in the town centre which was man by a crew of dedicated brethren.

some of the artefacts have proved to be of particular antiquity such as two globes on display are much older than previously thought dating from around the 1770’s and a chair often called the “Masters chair” but is in fact a Snr Wardens chair that pre-dates 1830, these  particular artefacts probably belonged to the original Lodge of Unanimity.

The Exhibition is currently on display until August but as it has been well received by the public it may be extended to the start of September.