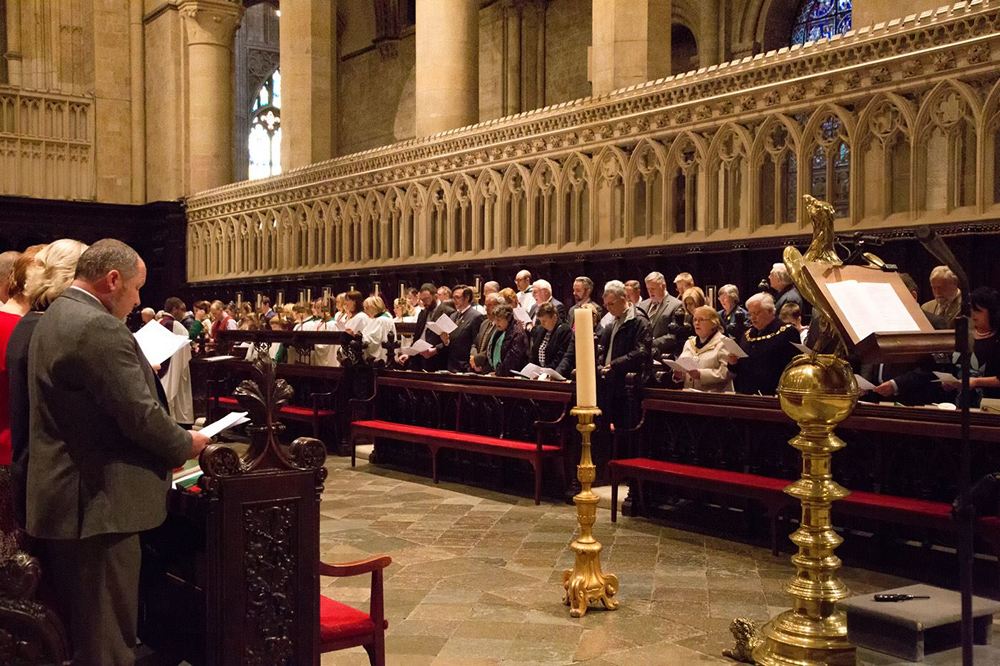 Service of Commemoration for the 30th Anniversary of the Chernobyl Disaster.

Guests in the Quire at Canterbury Cathedral

Daniel John from Union Lodge No 127, Margate, and his wife Charlotte, who run the Herne Bay Link of the National Chernobyl Children’s Life Line Charity, together with Sarah Day from the Ashford Link, organised a cathedral service to mark the 30th anniversary of the disaster.

Here is Daniel’s report of the cathedral service:

The Dean and Chapter of Canterbury Cathedral hosted the Chernobyl Children’s Life Line Service of Commemoration on 26th April, 2016.

East Kent Freemasons, along with many others, were invited to attend the service to hear about the work the Charity does to help those still affected today by the radiation from the damaged nuclear plant. They stood in remembrance of all those individuals, families and communities whose lives were affected by those tragic events 30 years ago. The members of the congregation were invited to light candles in remembrance of those who suffered and continue to suffer today and as a sign of hope for the future.

The service was conducted by the Vice Dean, the Reverend Canon Clare Edwards and with the choir of St. Stephen’s Church, Canterbury under the directorship of Stephen Barker, Canterbury Cathedral’s Quire was filled with 300 personally invited guests.

Lieutenant Colonel Igor Pysmenskyi, who flew 29 missions over the burning reactor, spoke about the work that is carried out by the Chernobyl Children’s Life Line charity.

Mr Valery Dougan, Minister-Councillor from the Embassy of Belarus and Mr Ihor Kyzym, Minister-Councillor from the Embassy of Ukraine also addressed the gathering, expressing their thanks to the people of Great Britain for their continued help in the areas affected by the disaster. Today there are over half a million children still living in contaminated areas and thousands of these children go on to develop diseases such as thyroid cancer, bone cancer, leukaemia and other non-oncological conditions each year, as a result of lasting radiation.

Alfie (aged 11), who travels with Daniel & Charlotte and is the youngest Ambassador for Chernobyl Children’s Life Line, Herne Bay Link, gave an account of his visit to Ukraine and talked about his experience when he was there earlier this year.

Many local civic dignitaries were in attendance including five Mayors from the areas of Canterbury, Whitstable & Herne Bay; Ashford; Folkestone; New Romney and Margate. The Deputy Lieutenant of Kent, representing the Lord Lieutenant, and many others from East Kent heard Mr Dennis Vystavkin, Chief Executive Officer of Chernobyl Children’s Life Line, talk about the needs of children in the Ukraine today. 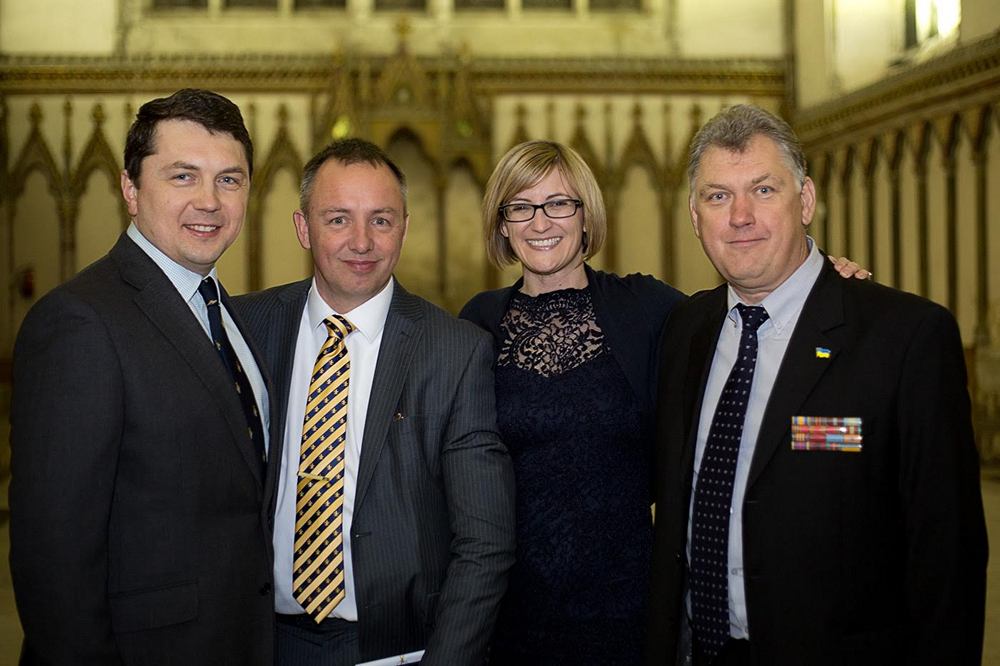 East Kent Freemasons were represented at the service with several members from Union Lodge No 127, Margate, along with others from Ashford, Faversham and Gillingham: Ashford Lodge No 8945, Stour Lodge No 2305, Lodge of Harmony No 133 and Royal Engineers (Chatham) Lodge No 4465. There were also some members of the Order of Women Freemasons in attendance.

During the week that Lt Col Igor Pysmenskyi spent here in the UK, he visited many schools to speak about the disaster and, with Charlotte and Sarah, held many question and answer sessions with the children. On his return to Ukraine he was immediately admitted to a military hospital to recover from the demands of his visit. The harmful effects of his helicopter missions, although not outwardly apparent, are very much real and we are grateful to him for his efforts in sharing his story with us in England.

Daniel, Charlotte and Alfie from Chernobyl Children’s Life Line, Herne Bay Link are soon to return to Ukraine with more aid for the families most in need. From a quiz night held locally in Thanet on 6th May, they have raised funding to provide for a sign language teacher to travel from Kiev to Borodyanka once a week. He will teach sign language skills to twenty children registered as ‘disabled’, who are unable to attend any school. He will also be taking a further class for the parents of these children, so that both children and parents will learn together the communication skills needed to raise them from ignorance to a new hope for the future.

We will keep you updated as ‘The Hearing Hope Centre’, in Borodyaka, Ukraine, starts a new chapter for Daniel and Charlotte of Chernobyl Children’s Life Line, from funds raised by local Freemasons and many others, providing for those in need.

Click here to read more about Daniel and Charlotte’s work with this charity.