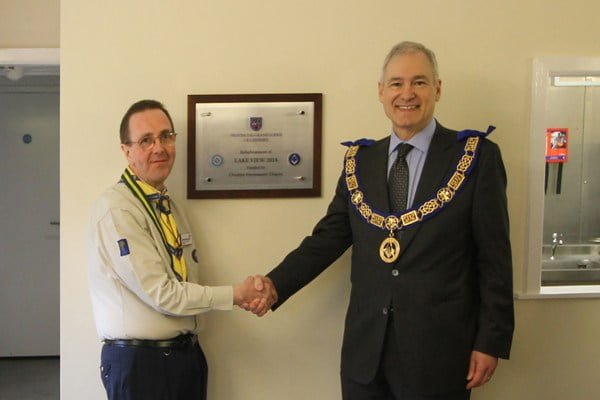 At Cheshire Scouts’ Forest Camp Activity Centre at Sandiway on Sunday 25th  March, Cheshire Scouts’  County Commissioner Graham Phillips welcomed a large group of Cheshire Freemasons and their wives and partners for the opening of the newly refurbished Lake View building which had been paid for out of a donation of £50,000 from the Masons.

“This extremely generous donation has enabled us to carry out a much-needed upgrade of the facilities of the Lake View building at our Forest Camp site in Sandiway. The improved kitchen, showers and toilets, plus added accessibility, should make it more appealing to future visitors,” said Graham Phillips.

To mark the event the Provincial Grand Master of Cheshire’s 5,000 Freemasons, Stephen Blank, unveiled a plaque recording the generosity of Cheshire Freemasons. 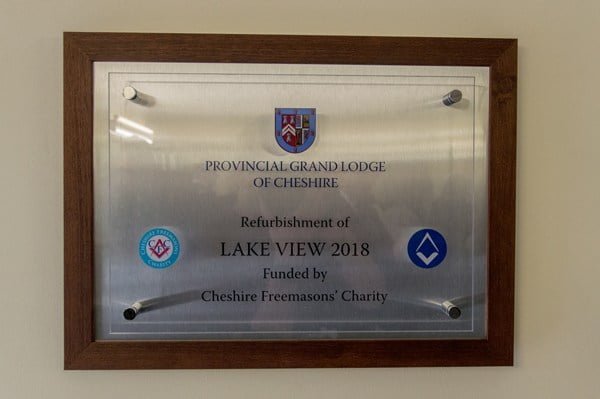 Stephen Blank  said “The cost of the refurbishment was £30,000 and was paid for out of a £50,000 donation to the Scouts made last Year to mark the 300th Anniversary of Freemasonry in England & Wales it formed part of total donations of  £300,000 which Cheshire Freemasons’ Charity made to the wider Community in Cheshire.”

He added  “My only recommendation was that the £300,000 should go towards helping the young and the old. We recognise the great work done by the Scouting Movement, its adult volunteers help young people learn life skills and improve themselves through fun and adventure.  We like to think that, as Freemasons, we make good men better whilst having fun – and it is no coincidence that many fine Freemasons were or still are Scouts”. 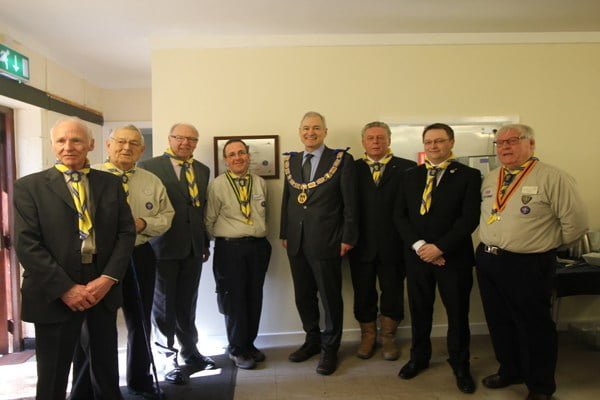 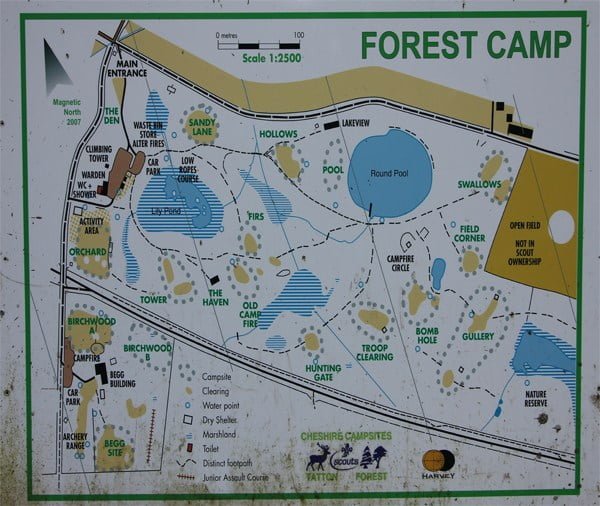 Map of the 70 Acre Forest Camp