A small delegation of Cheshire Freemasons visited the Christy Cancer Charity at Candleford Road, Manchester on Thursday 13th October they were welcomed by Sue Bowden, Development Officer for the Charity, which in the last financial year raised a record breaking £15.9 Million.

The Cheshire Freemasons brought with them three cheques totalling £7,000

From Stephen Kinsey £1,000 for the Lymphoma Research Fund

From Robert Da Costa representing Ashton upon Mersey Lodge No. 4654 £1,000 for the Palliative Treatment Unit

And finally Colin Ross Provincial Grand Charity Steward on behalf of the Cheshire Freemasons’ Charity brought a cheque for £5,000 as a contribution to the £5.6 Million Proton Beam Research Room within the new Proton Beam Facility.

Sue Bowden  took them on a guided tour of part of the Hospital including a peek at progress of the £125 Million Proton Beam Project . The building work is progressing and the Proton Beam Therapy Centre at Oak Road is due for completion in 2017 and the Therapy centre will be opened in 2018 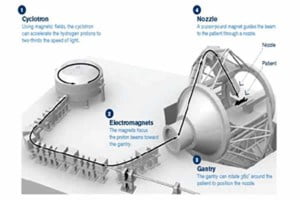 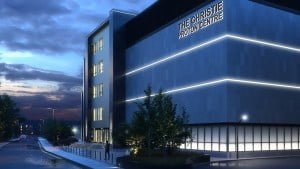 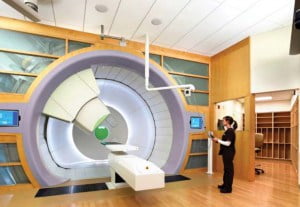 The business end of the Proton Beam Machin