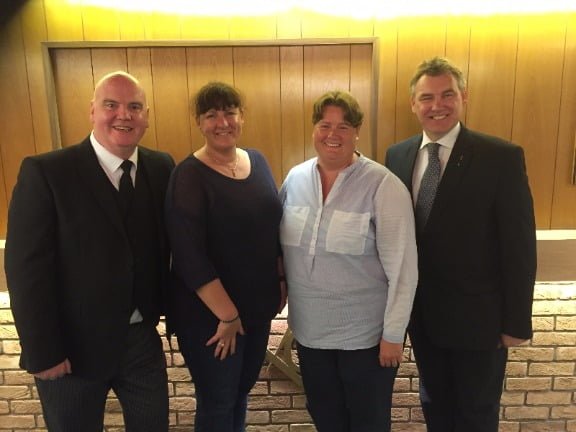 Most people have heard the Ralph McTell song ‘Streets of London’ or even sung it. It’s about the homeless people who walk the streets in London. Is there a song, ‘Streets of Blackpool?’ Probably not, but that doesn’t mean to say that there aren’t any homeless people in Blackpool, even homeless teenagers. 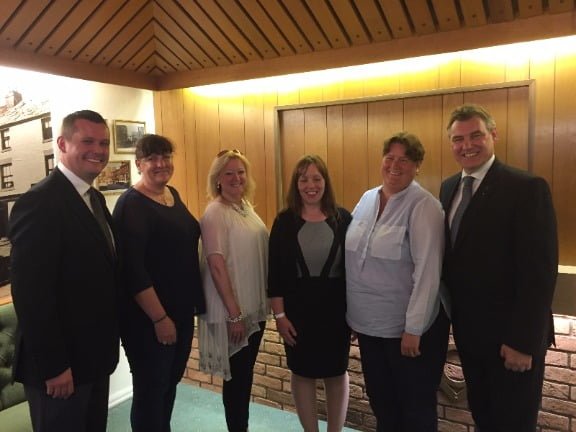 Ken Greenwood, the master of Tithebarn Lodge No 8446 heard about these homeless youngsters at last year’s South Fylde Group Giving Day, where the charity ‘Street Life’ received donations from the Lodges and Chapters and talked about the work they do. This left a big impression on Ken. Also receiving donations on that day was the charity ‘Cascade.’ They work with children and teenagers who have been connected and affected with a bereavement in the family. Again this group left an impression on Ken.

So, at a recent meeting of Tithebarn Lodge, Ken invited the two charities to attend the Lodge and deliver talks on the work they do, not only to the lodge members, but also to their wives, partners and friends.  After the regular meeting, everyone was invited into the lodge room for the presentations, where the lodge members had a special dispensation to wear their masonic regalia.

Not everyone can attend a Giving Day, which is always held on a Saturday morning. So Tithebarn’s invitation to the representatives of these charities was a good way of passing information on to the members, their families and friends. Speaking to an audience of 50 members and guests, the speakers informed the meeting of what they do with the donations they receive and what they need.

The first to speak was Sarah Lee from Cascade. Sarah is the sister of Provincial Senior Grand Warden, John Lee, who was also present. She informed the meeting that Cascade offers a bereavement service to all school children and young people. They also offer support and resources to those young people who are living with a  family member who has a terminal illness. Their work takes place at the Linden Centre near to Trinity Hospice. 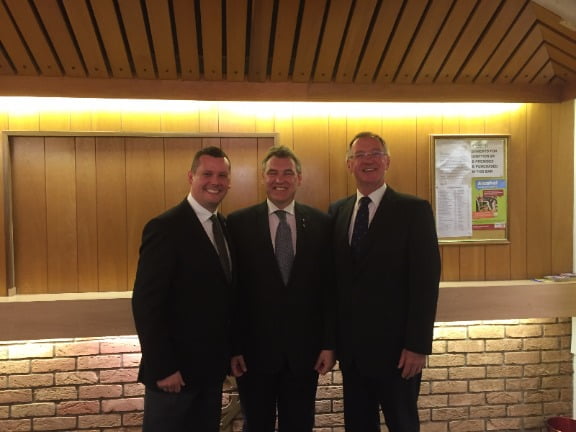 Pictured, from left to right, are: John Lee, Ken Greenwood and John-Robbie Porter.

Jane Hugo then spoke on behalf of Street Life. She said that that they provide support, shelter and direction to young people under the age of 26. They work from The Base, their Buchanan Street centre and from The Shelter, next door to St John’s Church. The staff include specialist workers who cover a wide variety of issues and a team of volunteers many of whom are students. It was recognised nationally a few years ago when they received a visit from The Princess Royal. 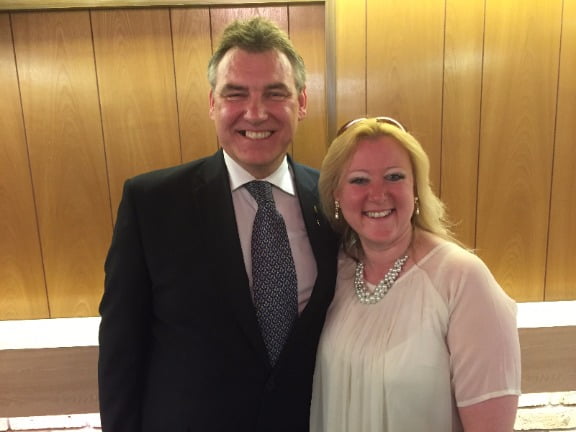 Pictured, from left to right, are: Ken Greenwood with his partner Sarah Spencer.

Both talks were enthusiastically received from those present. Ken thanked Sarah and Jane for their contributions that evening. He commented “It was both a sobering and humbling experience, when listening to Sarah and Jane speak of their commitment to the work they do.” Following these excellent presentations everyone retired to the banqueting suite and enjoyed a fine four-course meal and the remainder of a very interesting evening.