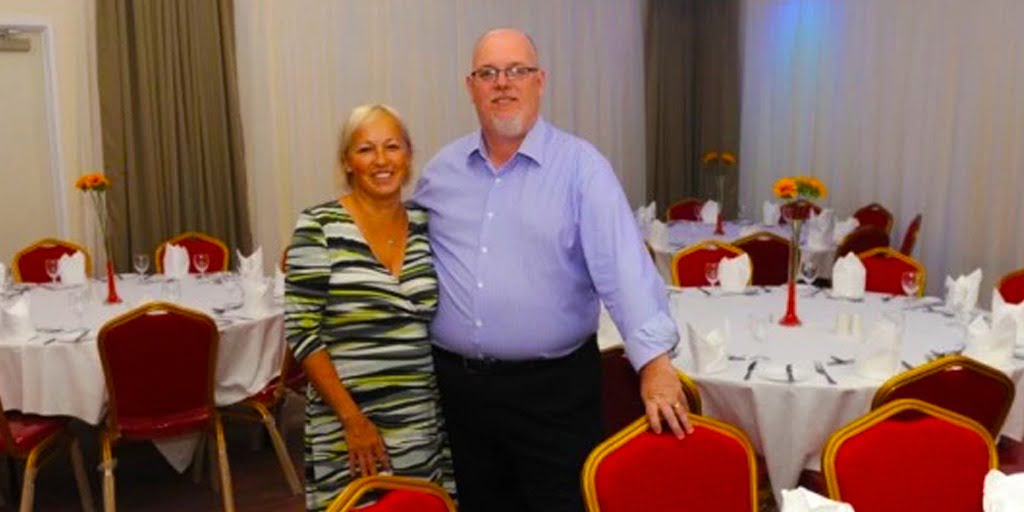 Roff Caterers has moved house along with one of its long standing customers, St Edmunds bury’s Freemasons.

Roff has been in business for more than 60 years and had had its kitchens in Lamdin Road, Bury St Edmunds, since 1987. It has now moved to the new masonic lodge Ashlar House off Eastern Way. Roff Caterers have moved kitchens to Ashlar House and will cater for all functions there. ”Pictured: William and Christine McColl ANL-140818-234412009

William McColl and his wife Christine took the firm over from her parents in 1989.

Mr McColl said: “We did the catering at the lodge in Bury for 25 years so when they moved up here, it made sense to move here, too. We’ll continue to do outside catering from here but it increases the volume of what we can do.”

The company, which catered for Prince Harry’s visit to this year’s Suffolk Show, can feed up to 1,200 at a time at one event or multiple meals.

Ashlar House, which now boasts a pillared portico, is in its own grounds behind the Eastern Way industrial estate.

Its main function room can be split in three with 120-seat sections or it can be one room suitable for, say, a dinner dance for 300. Its bar opens onto a patio with a garden sloping up behind it, suitable for a marquee or as a wedding photo location.

The lodge also has a range of rooms that will be hired out including the masonic temple that doubles as an 80-seat function room.

Ashlar house was the offices of Pauls Malt and was bought by St Edmundsbury Masonic Hall Company two years ago.

The lodge decided to move after finding its hall in Chequer Square, which it had used for 100 years, was in need of repair and its size was restricted by its location. Historic stained glass from the old lodge hall will be moved to the new one.